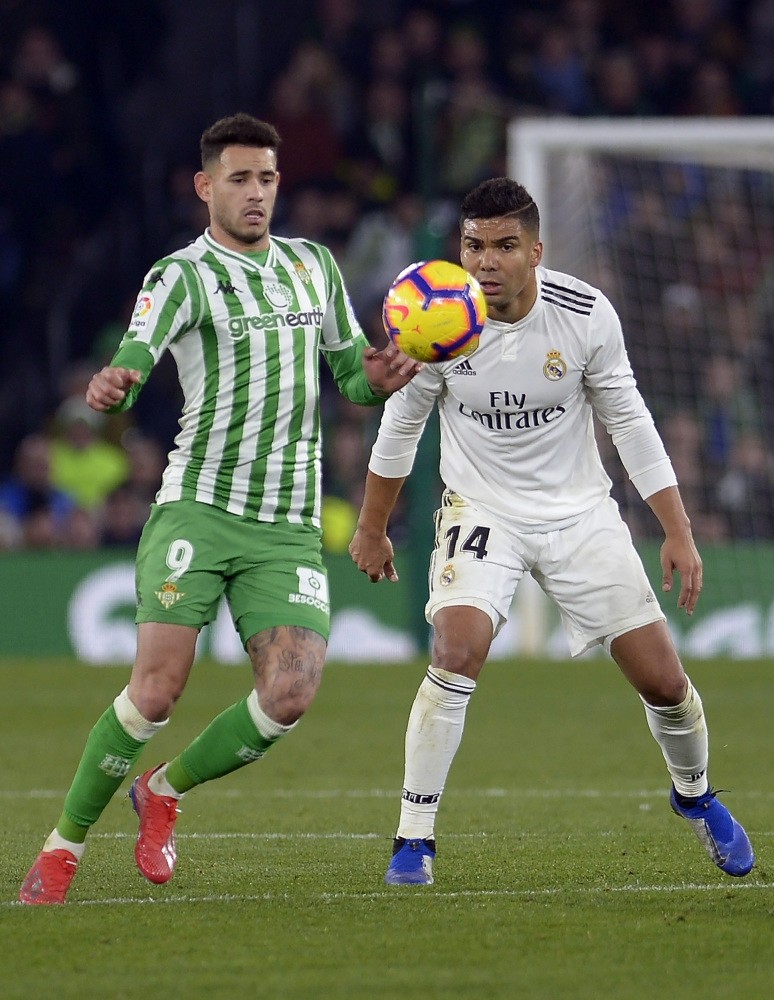 Santiago Solari's side, in fourth, is level on points with its third-placed opponents, but 10 behind leader Barcelona and five from Atletico Madrid.

Failure to take three points against Pablo Machin's side at the Santiago Bernabeu would likely see Real fall further behind its Catalan rival, who hosts Leganes at the Camp Nou on Sunday.

However, Real comes into the game struggling with numerous injury problems, low on confidence after a poor performance in a 2-1 win at Real Betis last weekend.

Forwards Gareth Bale and Marco Asensio will miss the game, while Karim Benzema is also a doubt after he broke a finger against Betis.

Midfielders Toni Kroos and Marcos Llorente will be absent along with defender Jesus Vallejo and goalkeeper Thibaut Courtois.

Madrid lost 1-0 at Leganes in the Copa del Rey last 16 on Wednesday in another poor showing but qualified for the next round 3-1 on aggregate.

"We are not in a good place, let's be honest, but we're working hard," midfielder Casemiro said.

"We need to improve and this club pushes you to get better. We are in the toughest league in the world, we need to show our rivals respect, but with hard work you always get results.

"We are going to keep working, show our grit and let's see what we can do."

Barcelona, who face Levante in the Copa del Rey later Thursday, is looking to win its seventh consecutive La Liga match and must decide which of Ousmane Dembele or Philippe Coutinho joins Luis Suarez and Lionel Messi up top.

The South American duo have scored 31 goals between them this season, more than every other team in La Liga bar Sevilla and Celta Vigo, who have netted the same amount.

Dembele and Coutinho have been in mixed form this season but they are both looking good now, giving coach Ernesto Valverde a tough choice to make.

"He is a player who gave us a lot, who gives us a lot and who'll have to give us a lot," said Valverde of Brazilian playmaker Coutinho, who impressed against Eibar last weekend. "He has incredible quality."

The Catalans have a clean bill of health with the exception of long-term absentee Rafinha Alcantara and defensive duo Thomas Vermaelen and Samuel Umtiti, with Gerard Pique and Clement Lenglet forming an exceptional defensive partnership in their absence.

Barcelona has conceded just one goal in its last six league matches and after a shaky start to the season at the back, now look as commanding in defense as last season, when it went unbeaten until the penultimate game.

Meanwhile, second-placed Atletico will look to bounce back from its Copa del Rey elimination by Girona on Wednesday as it travels to bottom side Huesca on Saturday.

The weekend's other fixtures are Getafe vs. Alaves, Celta Vigo vs. Valencia, Real Betis vs. Girona, Villarreal vs. Athletic Bilbao, Rayo Vallecano vs. Real Sociedad, Levante vs. Valladolid and Eibar vs. Espanyol.