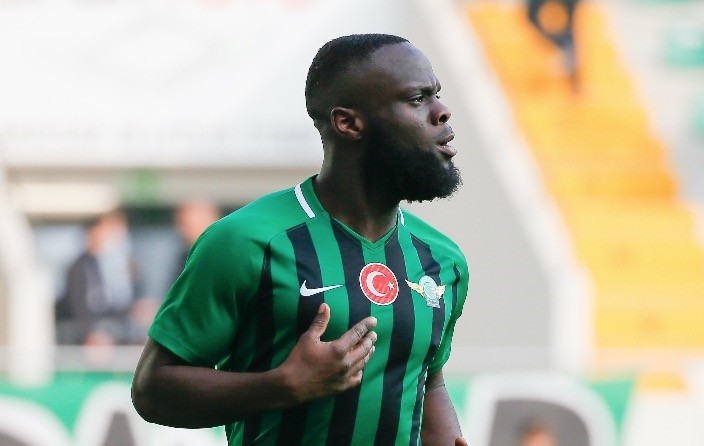 Amid a drought in the first two weeks of the January transfer window, the second half of the Turkish Super League is set to start today with a game between Beşiktaş and Akhisarspor

After a 24-day break, the second half of the Turkish Super League season kicks off today with a match between Beşiktaş and Akhisarspor.

Fresh off their training in the warm Mediterranean city of Antalya, Super League outfits will scramble to secure their first points in week one but the lack of new transfers may affect their hopes.

Although there are still 14 days left before the closure of the January transfer window, Turkish teams looked to be in no rush to boost their lineups and largely shied away from hiring some big guns.

Beşiktaş, for its part, look set to try out new transfers Burak Yılmaz and Nicolas Isimat-Mirin in its first league game. Thirty-three-year-old Yılmaz returned to the Black Eagles earlier this month almost 11 years after he left the Istanbul outfit.

During his time at Beşiktaş, Burak Yılmaz scored only six times in 49 matches. He has also been under constant criticism and pressure due to his performances on and off the pitch in recent seasons. His latest club, Trabzonspor, left Yılmaz out of their squad in the first half of the season before sending the striker to the Istanbul club. Yılmaz has scored 23 goals in 52 matches for the Turkish national football team.

Mirin, the French international from PSV Eindhoven, joined the Eagles for a three-and-a-half year deal as Beşiktaş seeks to bolster its defenses in the aftermath of a string of exits.

Beşiktaş played six away games against Akhisar in the first half and won only two of them. Akhisarspor scored 11 goals against the Black Eagles in home games.

Yet, Beşiktaş suffered heavily in all its away games in the first half. Out of nine games, they only won two. Four away games ended in draw while it lost three other games.

Trailing behind Antalyaspor with 26 points, Beşiktaş finished the first half in the seventh spot. It will be looking to return to its glory days when it dominated the league.

Akhisarspor, meanwhile, is confident of a win. The team's coach Cihat Arslan told Anadolu Agency that a 2-1 win against Kayserispor in the second-tier Ziraat Turkey Cup helped them secure "an advantageous position" ahead of the match.

"We want to start the second half better and aim for victory. Beşiktaş lost important players but they also brought in reinforcements. They did not fare well in the first half and I think they would be more ambitious now. We have to be careful," Arslan said, adding that his squad is "united" nevertheless.

"We have shortcomings in some areas but our players give all they can to overcome this," he said.