Galatasaray's search for a forward lingers on in the second half 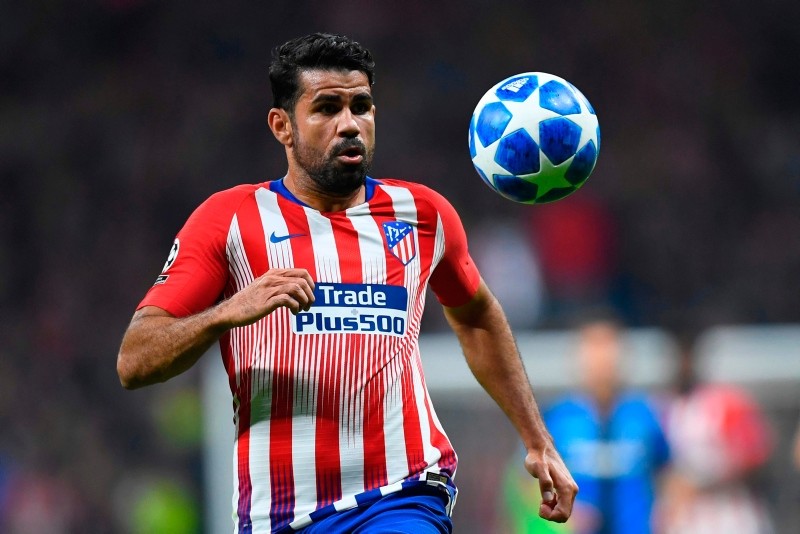 Rumors run wild as Galatasaray keeps on the lookout for a forward, despite the start of the second half of the season. According to Turkish media Alan Carvalho, Wilfried Bony, Benjamin Tetteh and Diego Costa are all in the Lions' radar

Galatasaray, who ended the first half of the season in the fifth spot, aims to go higher but still lacks some cutting edge. With a few weeks left to the transfer deadline, the Lions hired three new players and parted ways with five others but fans are losing patience over the absence of a forward. The club has become the subject of ridicule on social media for betting on defenders while not rushing for strikers.

However, the former Super League heavyweight might come up with something real soon, according to the Turkish media. It is reportedly interested in a number of players, including Alan Carvalho, Diego Costa, Benjamin Tetteh and Wilfried Bony.

Galatasaray is in talks with Guangzhou Evergrande's Brazilian international, Carvalho, amid rumors that the Chinese outfit plans to reshuffle its lineup.

The 29-year-old's transfer has reportedly been prolonged due to disagreement over a final deal between the Chinese and Turkish sides, sports daily Fotomaç reported. Galatasaray has tabled a 3-million euro bid for the forward.

Carvalho, who joined Guangzhou Evergrande three seasons ago, went on to become a reliable scorer for the fledgling club, scoring 13 goals and four assists in 12 matches this season. He had spent five seasons at Austria's RB Salzburg before his move to China. He was the top scorer of the Europa League during the 2014-15 season.

Meanwhile, Swansea forwards Wilfried Bony is also in Galatasaray's radar. Bony reportedly accepted a pay cut to play for the Lions as his deal with the Welsh outfit expires at the end of this season. The 29-year-old Ivory Coast forward switched to Swansea from Manchester City two years ago but scored only one goal in seven matches this season.

Galatasaray is also reportedly ready to pay 8 million euros ($9 million) for Sparta Prague's Benjamin Tetteh, though he might be outbid by Wolverhampton, which is rumored to have earmarked 10 million euros for the 21-year-old.

Tetteh has scored nine goals in 19 matches this season. The player's agent Pavel Zika had said earlier that clubs from different countries were interested in Tetteh but the offers were not satisfactory for Sparta Prague and the club was considering keeping him at least till the end of the season.

Reports also claimed that Atletico Madrid striker Diego Costa has also been shortlisted by Galatasaray. The Spanish outfit can let him go if a deal for Chelsea striker Alvaro Morata is done. Under the Financial Fair Play rules that regulate transfer spending and revenues, the club has to part ways with some players as it inches closer to a deal with Morata and Costa is among the candidates, especially after a foot injury in November that dampened his scoring chances for weeks and resulted in surgery.