Başakşehir strengthen position at the top after Trabzonspor win 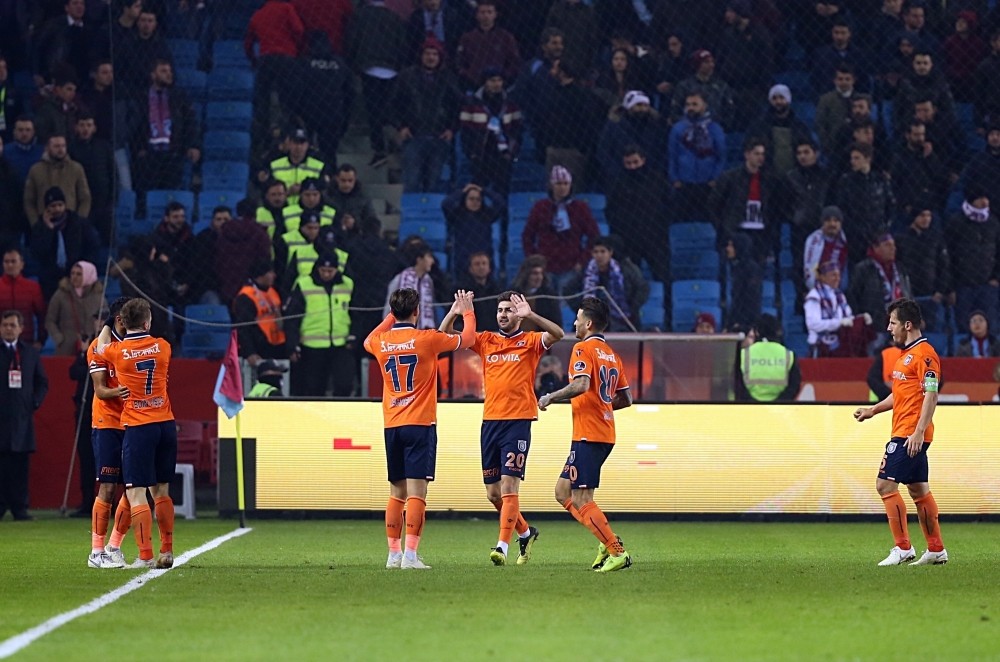 Turkey's top tier football league has been experiencing something new this year with the regular trio Galatasaray, Beşiktaş and Fenerbahçe far from leadership positions.

In a clean start to the second half of the season, leaders Medipol Başakşehir beat runners-up Trabzonspor 4-2 in an away match on Sunday.

At the same time, Beşiktaş defeated Akhisar 3-1 on Friday, while Galatasaray beat Ankaragücü 6-0 on Saturday.

Başakşehir are on top with 38 points, the reigning champions Galatasaray and Yeni Malatyaspor have 32 points each, followed by Kasımpaşa, Trabzonspor and Beşiktaş with 29 points each.

Trabzonspor started the week 18 game on the back foot after İrfan Kahveci connected to Arda Turan's smooth pass to put Başakşehir ahead in the 32nd minute. Trabzon's Black Sea Storm was further reduced to a breeze after Gael Clichy's 42nd minute goal. Arda Turan made a second half opener for the Istanbul side in the 48th minute but it was almost immediately followed by another goal by Ekuban that helped Trabzonspor reduce the deficit.

Yusuf Yazıcı raised Trabzon's hopes with an 80th minute goal but Edin Visca closed the game for Başakşehir with another goal in the 86th minute.

Speaking in a post-match press conference, Başakşehir coach Abdullah Avcı said Trabzonspor was an important rival and "most precious team" of the Super League. "They have some problems but they have a profile of talented footballers and made a great comeback this season. We were aware that they would go offensive in the first twenty minutes and worked before the match on how to break it. Still, we made mistakes at times when we shouldn't have. But Trabzonspor failed to keep the pressure it maintained at the start," Avcı said.

The coach also lamented low ball possession, at around 51 percent but praised his players for their "good run."

"Robinho is good at it and Emre, despite his age [39] was the second most running player on the pitch. Anyway, we are very happy to start the second half with such a victory, especially against a team like Trabzonspor," Avcı stated.

Trabzonspor coach Ünal Karaman expressed his grief for the loss in his post-match conference but praised his players for their "stand" during "the hard times Trabzonspor is going through."

The Black Sea Storm was slapped with a transfer ban by FIFA over unpaid debts to a player last year. He said their lineup was severely limited despite "sacrifice" by injured players. "Unfortunately, we will face more troubles. We have young players but it will take time for them to improve their skills. Still, we will continue our fight in the Super League with players who have faith in the club," Karaman said.