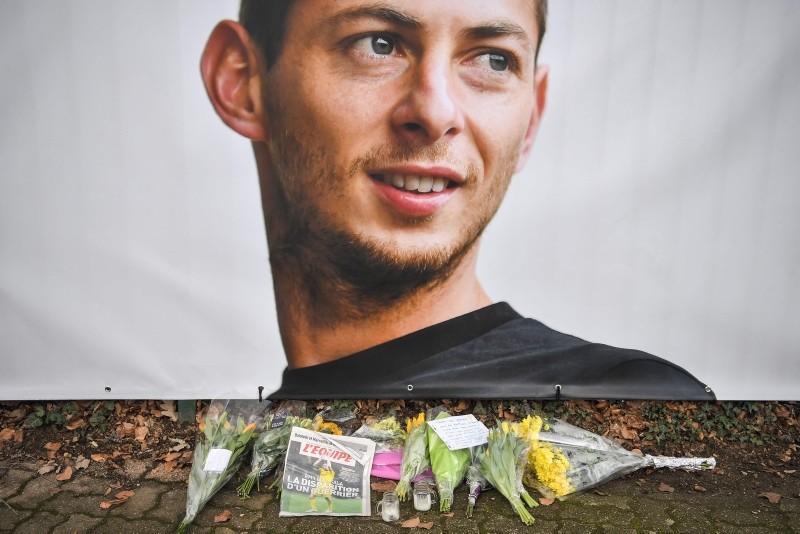 The active search for the plane carrying Argentine soccer player Emiliano Sala was called off on Thursday with authorities saying the chances of survival are "extremely remote" three days after it disappeared from radar over the English Channel.

A three-day air-and-sea operation, covering 1,700 square miles near the Channel Islands, has failed to locate the aircraft or the two people on board, Sala and pilot David Ibbotson.

The plane was flying from the French city of Nantes to Cardiff, where the 28-year-old Sala was due to start playing for the Welsh capital's Premier League club.

"We reviewed all the information available to us, as well as knowing what emergency equipment was on board, and have taken the difficult decision to end the search," Guernsey harbor master Capt. David Barker said. "The chances of survival at this stage are extremely remote.

"Next of kin have been informed of this development, and my thoughts go out to the family of the pilot and passenger at this most difficult of times."

Sala's transfer was completed only last week, with Cardiff agreeing to a club-record fee reported to be 15 million pounds ($19 million). The Piper PA-46 was arranged by Sala's representatives to take him to south Wales after saying goodbye to his former teammates in Nantes, according to agent Mark McKay.

Sala secured the move to the world's richest soccer league after a standout season in France, scoring 12 times in 19 league games.

After emerging as a player in the Proyecto Crecer youth academy in the Argentine city of San Francisco, Sala moved to Europe in 2010 to join Bordeaux.

Sala was sent on loan to Orleans in the third-tier of French soccer, where he excelled with 19 goals in his one season there.

But Sala was unable to establish himself at Bordeaux and he was sent out on loan to the second division team Niort. After scoring 21 goals, he was given a chance in Ligue 1 by Bordeaux. But after scoring only once in 11 league games for Bordeaux during the 2014-15 season, Sala had to go out on loan again to Caen but his goals secured a move to Nantes.