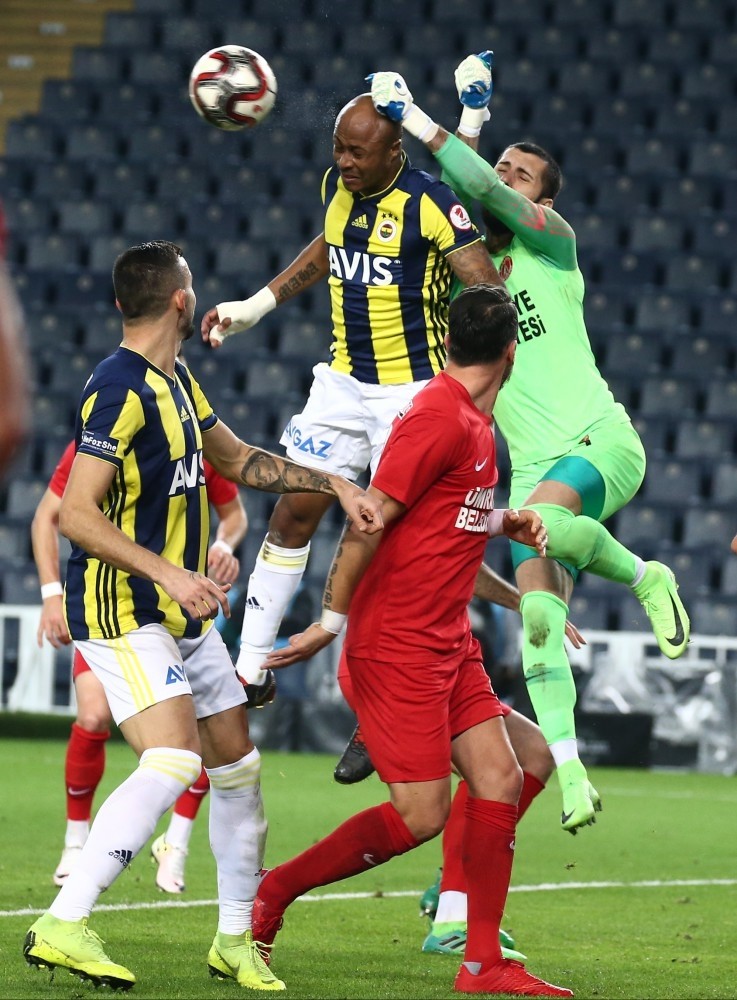 Former Turkish powerhouse Fenerbahçe has failed to recover from its free fall this season in the Super League and further dampened its chances to shine again with a 1-0 defeat to the minnow Ümraniyespor, unable to add to their poor tally of seven victories in 30 games

The Yellow Canaries' fans woke to some nightmarish news after they were defeated by Ümraniyespor, a little-known Istanbul-based club in the second league, 1-0 on Thursday night in the Ziraat Turkish Cup.

Though the contest is second-tier to the Super League, the defeat was touted as another failure for Fenerbahçe's new coach Ersun Yanal, who managed to snatch only one win in the six games he's been at the helm.

At the beginning of the 2018-2019 season, Fenerbahçe was as hopeful as other top-flight teams of the league, largely due to the arrival of a new administration chaired by a charismatic tycoon, Ali Koç. But, it all went downhill from there and coach Phillip Cocu was the first to blame before he was sacked unceremoniously.

Fenerbahçe brought in Ersun Yanal, a former coach boasting a league title with the Yellow Canaries but apparently, he is no savior the fans expected in what has turned out to be the this worst Super League season in Fenerbahçe's history.

Eighteen weeks into the league, Fener has only 17 points under its belt, one more than the other teams in the relegation zone. The last Round of 16 match against Ümraniyespor could be a gateway to European tournaments for Fenerbahçe but it squandered the opportunity with two back to back defeats to Ümraniye.

The Yellow Canaries enjoyed only seven victories in 30 official matches this season and three of them were in the Super League while two other victories were against minnows Giresunspor. Fener's bad streak was also evident in European tournaments, with only two wins in eight matches this season.

Ersun Yanal has been a fan favorite for a long time before the club decided to part ways with Cocu's initial successor Erwin Koeman. Brought in with high hopes, Yanal proved his success only against Giresunspor.

Ersun Yanal was understandably quiet following the defeat and expressed his "sorrow" in the post-match press conference. "The only thing we can do for now is to prepare the team for the next game. It is hard to swallow such surprising results," Yanal said.

The coach would now pin his hopes on new transfers, though the financial situation of debt-ridden club complicates it. Yanal said there were still seven days before the January transfer window closes and they wanted to meet the fans with "a fresh team."