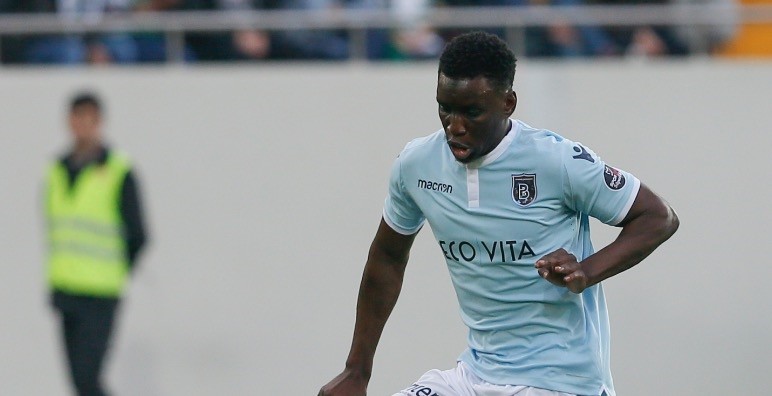 Medipol Başakşehir stretched its lead in the Super League to eight points after beating Akhisarspor 3-0 Sunday, continuing its steady path to the title in the second half of the season

With the latest win, the Istanbul side moved up to 44 points, ahead of second-placed Galatasaray, who drew 1-1 with Alanyaspor to tally 36 points.

Başakşehir has had a clean start to the second half of Super League with three wins in a row.

The Istanbul outfit has also achieved a string of all-time successes this season, claiming 13 wins - its most wins in the first division - while suffering only two losses.

Başakşehir started Sunday's away game with two close encounters with Akhisar. Edin Visca failed to convert a pass from Mossoro into a goal in the ninth minute. The duo once again teamed up in the 14th minute but was denied by Akhisar goalie Fatih Öztürk.

The second half was mostly dominated by Visca, who tried, again and again, to score, only to see Demba Ba crown the victory with a third goal in extra time.

"We played against a team strong at home but our players were good at running on the sides and circling them. Akhisar is good at passing and Josue stands out in passes so it was important for us to stop him. We had two good opportunities to score early in the second half and we'd seal the game earlier if we could score them," Başakşehir coach Abdullah Avcı said in the post-match press conference.

Avcı added that raising the point gap was "good" but they still had a long way to go in the second half. "Every game will be difficult. There may be fluctuations in the league. We have to focus and have faith," he said.

Also on Sunday evening, Beşiktaş defeated Antalyaspor 6-2. The Black Eagles are currently third with 33 points. In the other matches of game week 20, Fenerbahçe defeated Göztepe 2-0 on Friday evening to move clear of the relegation zone, with a total of 23 points. The struggling Yellow Canaries have been going through its worst season in history, with only four wins in 19 outings. They now sit 12th, only six points from the bottom of the league, and a distant 21 points adrift from the top spot.