Borussia Dortmund on high alert with season at risk 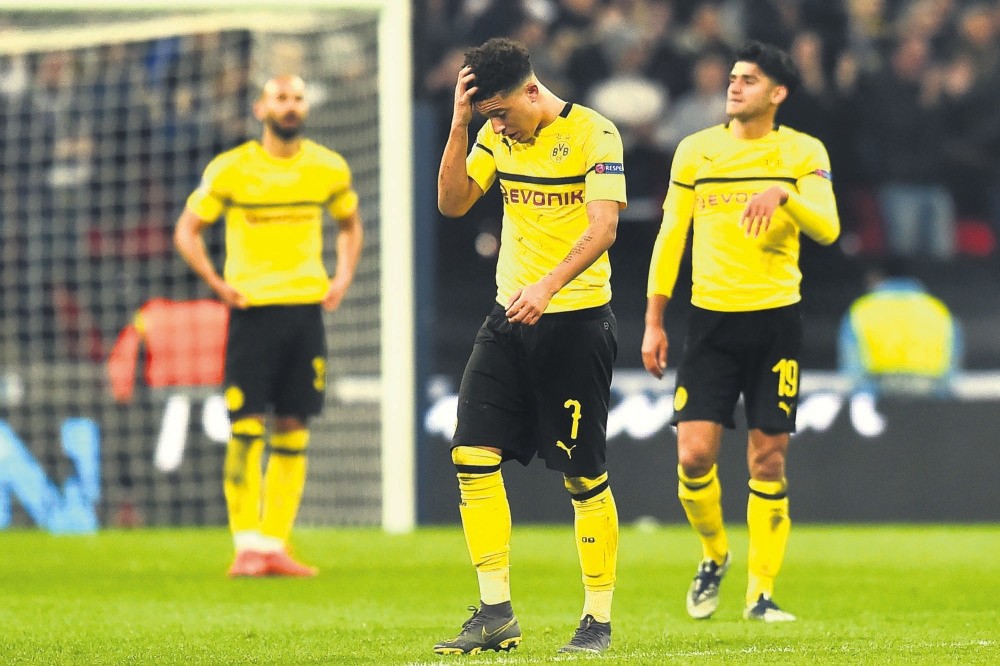 Borussia Dortmund were in the running for three trophies only weeks ago but a recent slump in form has left them in a situation where they must beat bottom club Nuremberg on Monday to try and turn their faltering season around.

The Bundesliga leaders, five points ahead of champions Bayern Munich at second, need a victory against Nuremberg to protect their advantage after last week's morale-sapping 3-3 draw against Hoffenheim from a three-goal lead. That had come only days after their German Cup exit on penalties to Werder Bremen while Dortmund are also teetering towards Champions League elimination after Wednesday's 3-0 defeat to Tottenham Hotspur in their round of 16 first leg.

"We now have a few days until the Nuremberg match on Monday and there we will try to get back on track, the track that we had been on for weeks and months," Dortmund director of licence players Sebastian Kehl told reporters.

For much of the season their defense appeared invincible as they conceded just twice in the Champions League group stage. But the Ruhr valley backline has now let in three goals in each of their last three games in all competitions, having failed to win any of their last four. "(Against Tottenham) was the third game in a row where we let in three goals," Kehl said. "We looked like we stopped playing football. We have to put an end to making mistakes because on such a level they are always punished."

For coach Lucien Favre there was no need for panic. "This is part of football. Now we need to analyse what has gone wrong and try to fix it," Favre said. "I am not concerned. There are periods in a season where things may not be top. Now we need to work harder to correct mistakes." The good news is Dortmund have won their last 12 matches against Nuremberg and lost only one in their previous 29 games against the struggling Bavarian club.

Bayern, who take on Liverpool in their Champions League Round of 16 next week, are on 45 points and will continue their efforts to hunt Dortmund down as they face Augsburg on Friday. Bayern striker Robert Lewandowski needs only one goal to equal Claudio Pizarro's record of 194 for the best all-time foreign striker in the league. Borussia Moenchengladbach, in third on 42, face Eintracht Frankfurt.