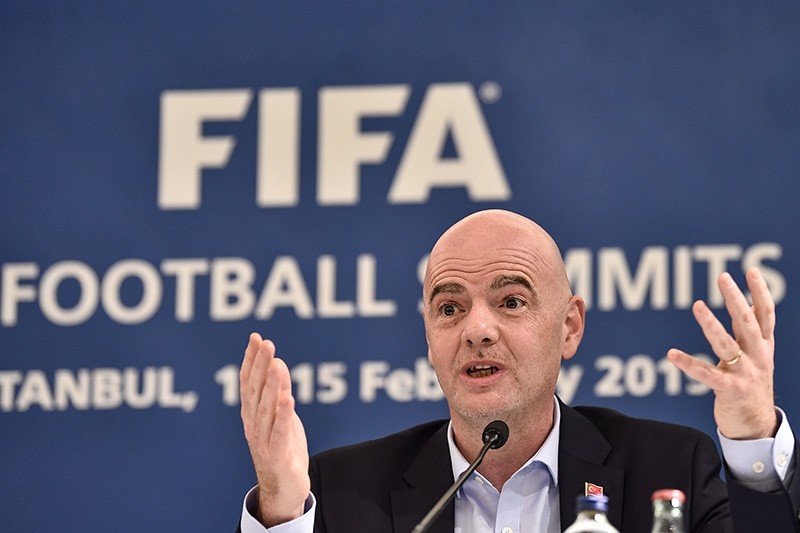 FIFA President Gianni Infantino speaks during a press conference at the FIFA Executive Football Summit on February 15, 2019 in Istanbul. (AFP Photo)
by Anadolu Agency Feb 15, 2019 12:00 am

"Turkey can host major football events," Infantino said at a news conference following a FIFA Executive Football Summit in Istanbul that saw the participation of 47 heads of federations across the world.

He noted video assistant referees (VAR) has been implemented in about 50 countries. "Generally, VAR has been positive in Turkey, as well. There are mistakes. It is normal but, when we look at statistics of the World Cup, we can see that VAR is intervening only once in three games, and maybe once in two games in Turkey."

He also said FIFA and Qatari officials have been discussing increasing the number of teams to 48 from 32 in the 2022 World Cup.

The Executive Football Summit agenda included the future of FIFA competitions, including 2022 World Cup and VARs.

This year's summit comprises nine gatherings, including Doha, Marrakech, Morocco and Istanbul, and will conclude in Rome at the end of the month.

Infantino is set to serve a second term as FIFA's head after being the only standing candidate for election in June.