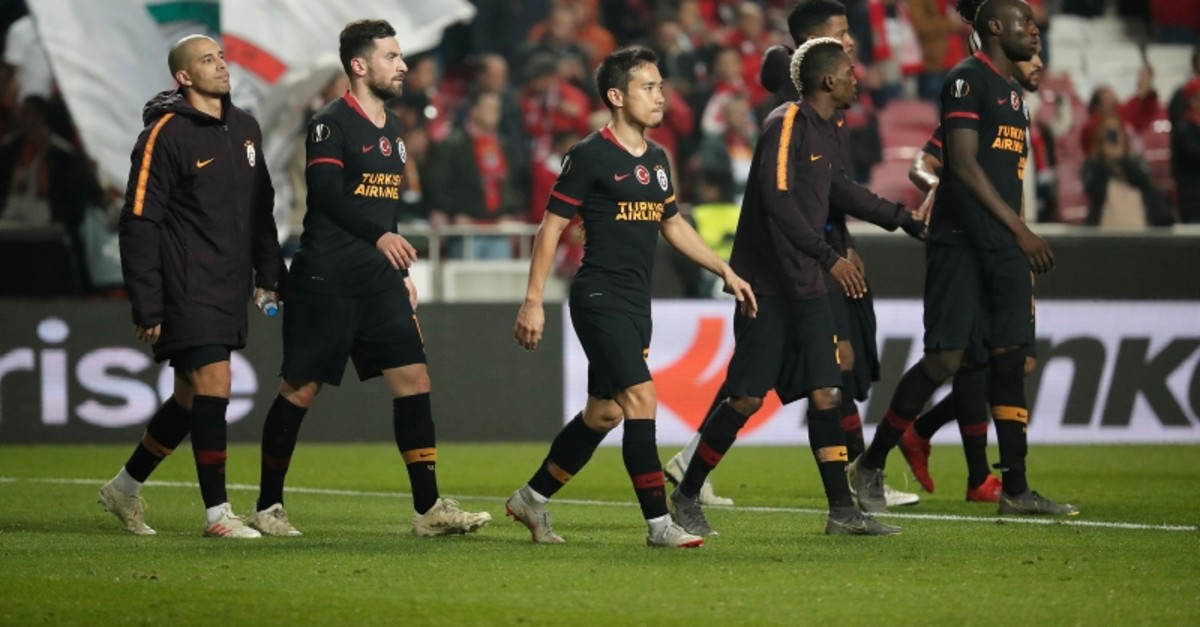 Turkey's Galatasaray was eliminated from the UEFA Europa League tournament Thursday after losing to Portugal's Benfica 2-1 on aggregate in the round of 32 match.

In Lisbon, Benfica advanced to the round of 16 with a goalless draw against Galatasaray.

In the second-highest level football competition in Europe, Benfica had the advantage going into the match at home with a 2-1 win under their belt from their first-leg away match last Thursday in Istanbul.

Galatasaray and Benfica were among the eight teams transferring from the UEFA Champions League group stage to the UEFA Europa League.

Benfica and Galatasaray are in second place in their respective national football leagues.