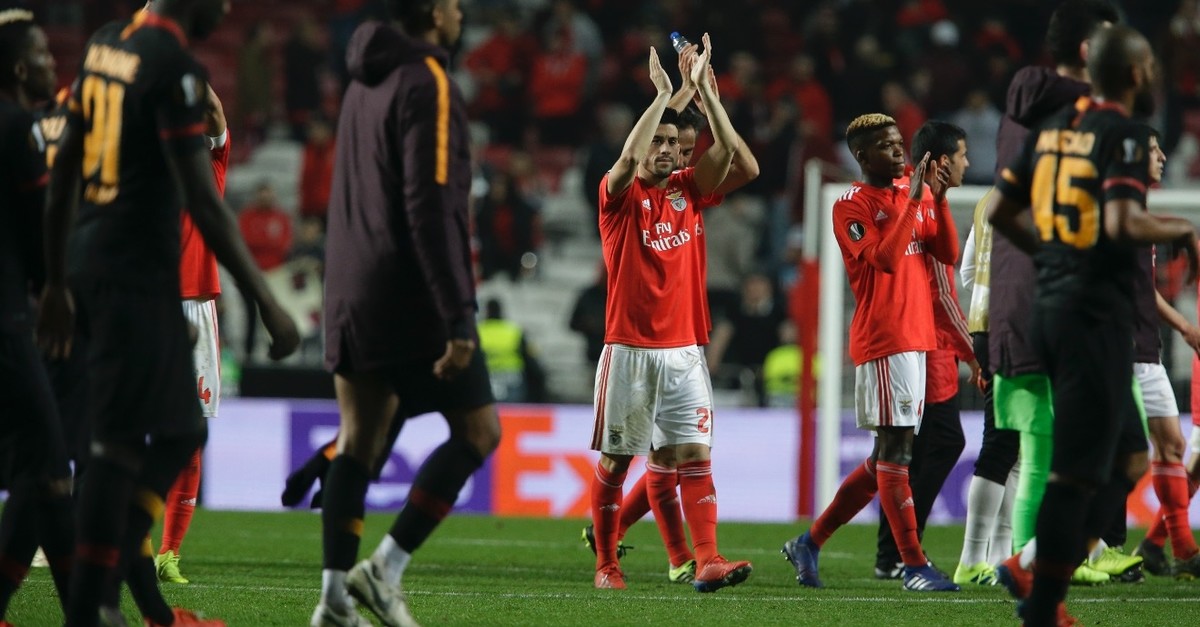 Galatasaray and Fenerbahçe were the latest teams to bow out of the European competitions, marking the worst performance by Turkish teams in Europe in seven seasons

A goalless draw against Benfica and a 3-1 loss to Zenit respectively ended Galatasaray and Fenerbahçe's European campaign Thursday evening.

With their exits in the Europa League Round of 32, Turkish Super League teams marked the worst performance in seven seasons.

After Beşiktaş, league leader Başakşehir and Akhisarspor all bid farewell to European competitions earlier, Turkish fans had pinned their hopes on Fenerbahçe and Galatasaray.

The Lions started out their Champions League campaign with a win against Lokomotiv Moscow. But one win, a draw and four losses were not enough to secure them a ticket to the knockout stages and they dropped down to the Europa League Round of 32.

They were tied against Benfica, which dented the Lions' hopes with a 2-1 win in the first leg. Thursday's goalless draw sealed their fate in the campaign.

Fenerbahçe, on the other hand, came second in Group D with eight points. It had pursued a more balanced campaign in the group stages with two wins, two draws and two losses. A 1-0 win in the first leg, where they hosted Russian side Zenit further boosted the hopes but the Yellow Canaries were out of the competition after Thursday's 3-1 loss.

Worse records mean less money for clubs from UEFA tournaments. Galatasaray is still most advantageous among them with 38.5 million euros in their coffers despite picking up only one win. Fenerbahçe would receive 12.7 million euros while Medipol Başakşehir would receive only 280,000 euros.

The Lion's campaign may have ended but Galatasaray coach Fatih Terim pledged "a stronger comeback" to European competitions. Terim was upset over a canceled goal in the second half of the match and said UEFA should be blamed for it. He criticized the decision to not use video assistant referee (VAR) in Europa League games. "We don't know if we would win if there was VAR but we wouldn't lose unfairly at least," Terim said.

"We belong in Europe. We are accustomed to playing in European competitions. Let our fans have no doubt. We will return stronger, more confident and more willing," Terim added.

Fenerbahçe coach Ersun Yanal was more apologetic after the Zenit defeat. "We were in control but we lost because of a series of mistakes we made. The first goal was unexpected but the second one was from an angle we predicted and something we had worked on to prevent in our training," Yanal said.

He acknowledged the failure in defense though he added that they were able to break the resistance put on by Zenit. "We are on the right path in terms of gameplay but we fail to convert it into goals. Fenerbahçe is one of the teams fighting to score [instead of relying on defense] but lacks skills to conclude the efforts in scoring," he said. "I congratulate Zenit. They were not better than Fenerbahçe and we had the potential to defeat them. We are upset to have lost to such a team but there is nothing we can do now," he added.