Turkish amputee footballer never gave up on his dreams 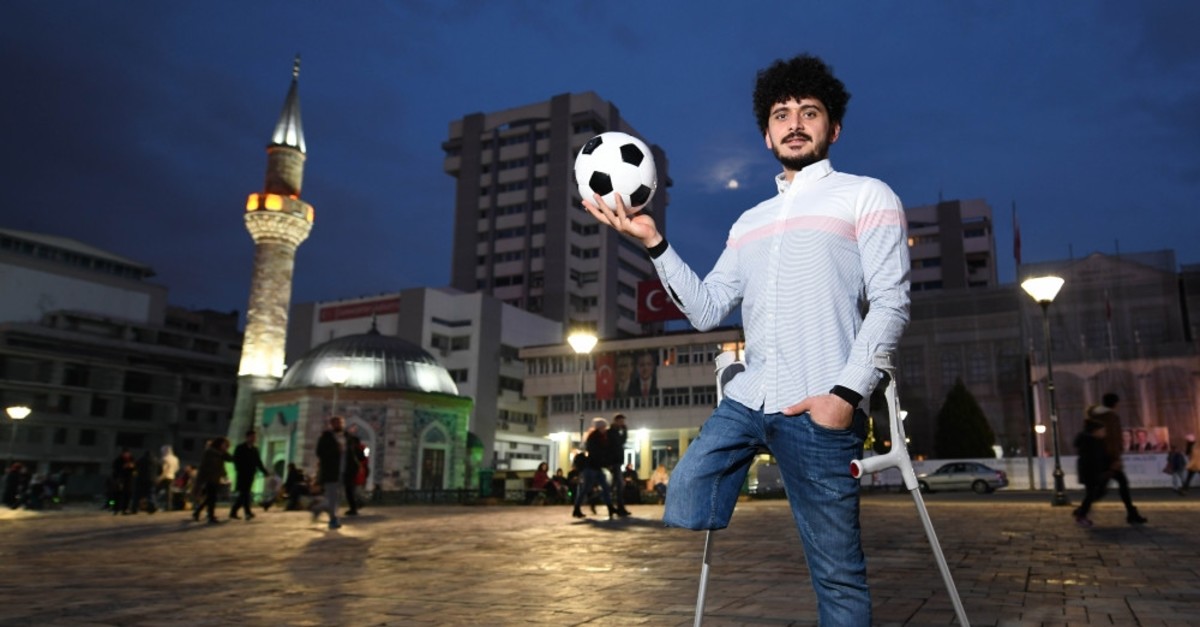 A Turkish footballer, who lost one of his legs in an accident but never stopped playing football, was chosen by UEFA as this month's football personality.

As part of its #EqualGame campaign, which focuses on people who overcome adversity to enjoy football, the European football's governing body brought Barış Telli to the limelight.

The 29-year-old amputee footballer plays for Turkish club İzmir Metropolitan Municipality. Telli lost his leg when he was only 4 years old.

"I had a traffic accident, which happened when I was chasing after a ball."

"I can't remember the accident happening, but I remember my mother taking me in her arms and screaming. During the time in the hospital, they spent ten days trying to save my leg. When it became obvious that it wasn't going to work, they had to amputate my leg," he told UEFA.

He recalled how life changed after the accident and at school he felt left out in the playground.

"My friends would sometimes include me in their games, but for the most part, I was left out. There were many instances when I was hurt."

He said he stayed determined and did not lose his love for the sport, training on his own.

"I said ‘I can do it, I have one leg, but I can do it.' I started playing by hitting a ball against the wall, on my own."

He was eventually introduced to amputee football, a sector of the sport to which UEFA has given particular backing.

Barış made it to Turkey's national amputee football team.

"Football is a beautiful game. I fell in love with football, and it became everything in my life. The most important thing is to make your dream a reality. I have never given up on my dreams - even with just one leg," he said.