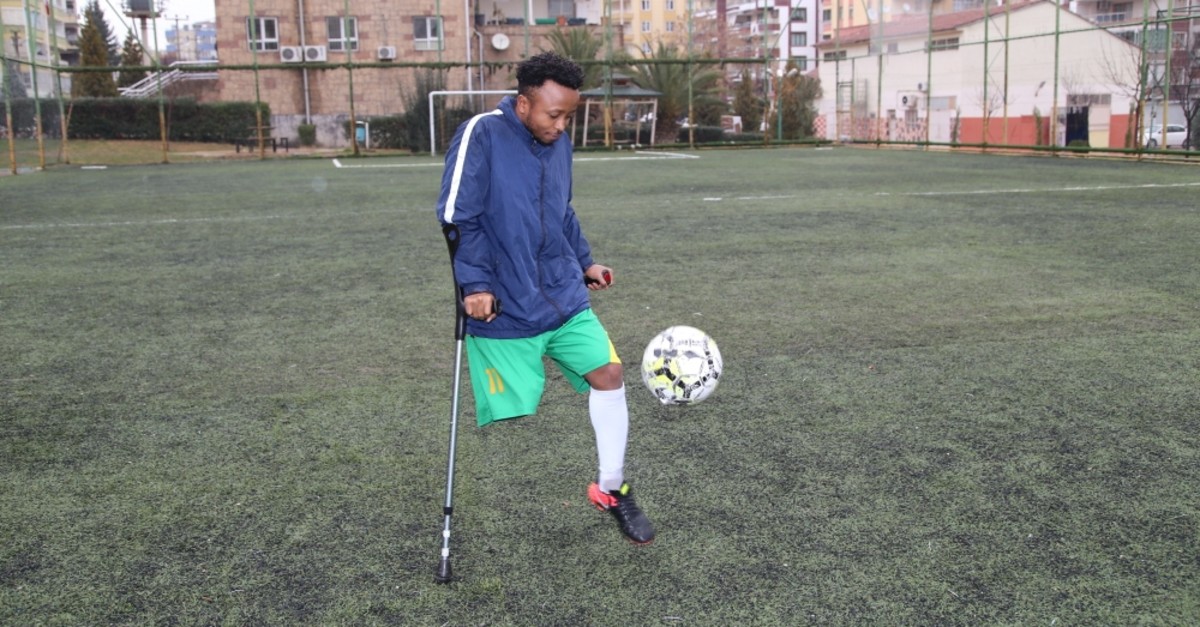 Muhammad Munga Ndegwa, an amputee footballer, found new life in Turkey after getting a prosthetic leg.

Ndegwa, who plays for Kenya's national amputee team, joined the Eyyübiye Belediyesi amputee team in Şanlıurfa, a province in southeastern Turkey, two years ago. The 25-year-old player, who long relied on crutches to walk because he could not afford prosthetics, was donated a prosthetic leg by local donors when he told club's representative Mahmut Toprak about his situation.

"I come from a poor family of eight. I couldn't afford a prosthetic leg for years. Good people here bought me a leg. It is a better gift than a car or anything else. I pray for those people and am very grateful to them," he told Anadolu Agency (AA).