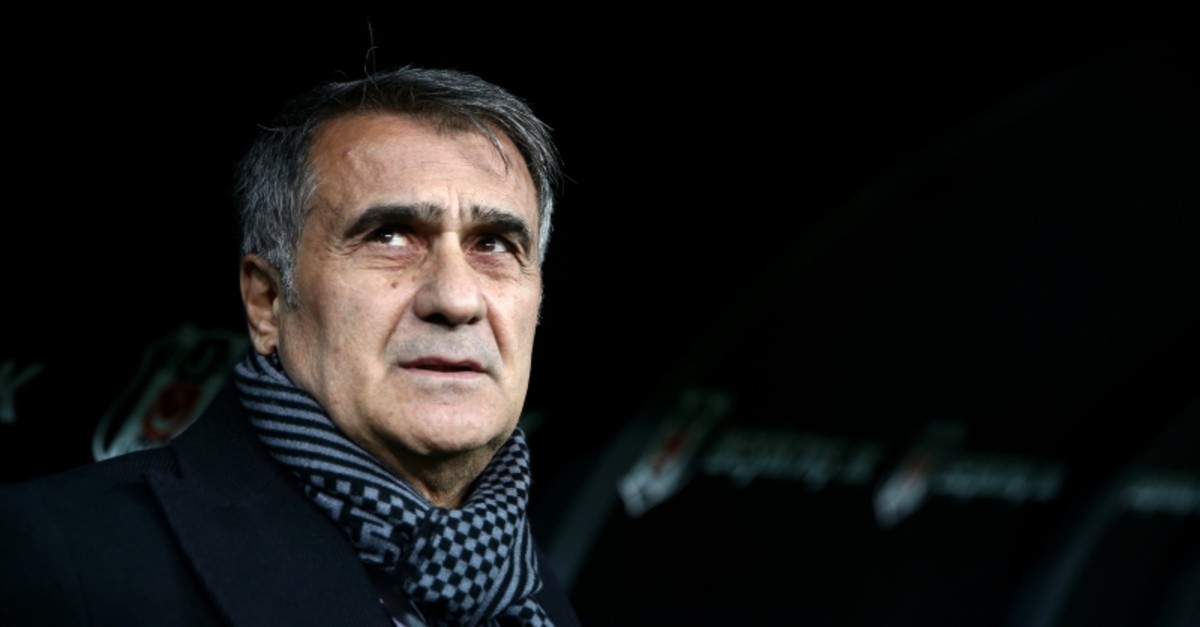 Fifteen years after his dismissal, Şenol Güneş is returning to the Turkish national team. The Turkish Football Federation announced yesterday that they reached a four-year deal with the Beşiktaş coach, and he would take charge on June 1 after the Turkish Super League season ends.

The 66-year-old coach is expected to lead the team to the 2020 European Championships and the 2022 World Cup. He will succeed Romanian coach Mircea Lucescu who was fired Feb. 11 after a gloomy spell with the national team that led to Turkey's failure to qualify for last year's World Cup, relegation to the third-tier League C in the UEFA Nations League and only four wins in 17 matches.

The announcement comes one week after Şenol Güneş' Black Eagles drew 3-3 with Fenerbahçe in a much-anticipated derby. Güneş, who is behind Beşiktaş' consecutive Super League titles in 2016 and 2017, has been in charge of the Eagles since 2015. The former powerhouse of the league is currently third in the Super League, and Güneş was criticized for the team's lackluster performance.

A former goalkeeper for the national team, Güneş was appointed as the team's coach in August 2000. He was dismissed in 2004 when the team failed to qualify for the finals in the European Championship. Under Güneş, the national team won 23 of 50 matches and secured 13 draws. In the team's 34 official matches under Güneş, 20 ended in victory.

His highest achievement with the national team was leading the team to the third spot in the 2002 World Cup, a first for Turkey. He followed it with another third spot the next year in the FIFA Confederations Cup.

Güneş' appointment has long been rumored. Güneş and league leader Medipol Başakşehir coach Abdullah Avcı had both declined the offer to coach the Turkish national side in 2017. He had dismissed rumors at a press conference earlier this month. He has said that there may be an option to coach both Beşiktaş and the national team at the same time, but he did not want it. He has hinted then that he may want to take up the national team job once his contract with Beşiktaş ends, Güneş said he would "do everything" to stay with the Black Eagles.

His upcoming departure left Beşiktaş executives scrambling to find a new coach, Turkish media outlets reported. The club now mulls whether to part ways with Güneş before the end of the season and hand the job to assistant coach Guti Hernandez for the remaining matches in the Super League. Quoted by Demirören News Agency, Beşiktaş executives said Güneş told them he wanted to remain with the club until his contract expires at the end of the season. "The Turkish Football Federation has the authority to recruit Güneş for two upcoming matches in March," they noted.

The veteran coach brought in stellar players like Atiba Hutchinson, Jose Sosa, Oğuzhan Özyakup, Olcay Şahan, Ricardo Quaresma, Gökhan Töre, Mario Gomez and Cenk Tosun to Beşiktaş, won the hearts of fans and detractors with his "tiki-taka" style of play. Yet, he was rumored to be at odds with the club over transfers and exits as financial problems plague the club.