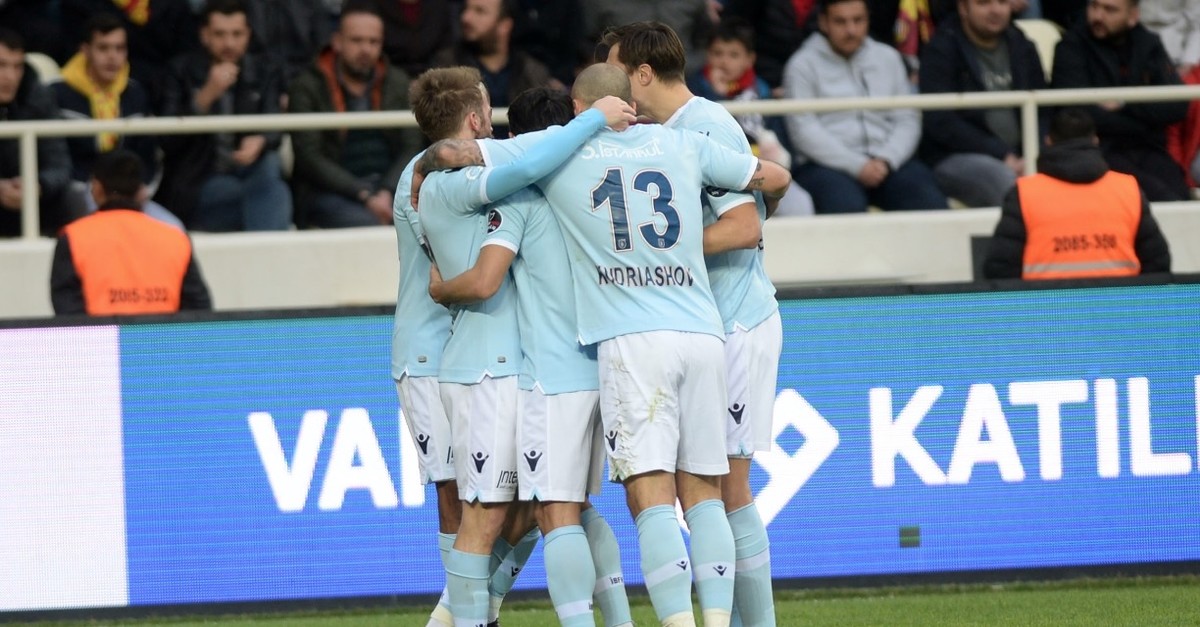 With just 10 games left, Turkish Super League leader Medipol Başakşehir is edging closer to the title. The team further cemented its place on top, opening up an eight-point lead

Bar an unprecedented streak of wins by its rivals and a sudden catastrophe, Medipol Başakşehir has more or less cemented its place at the top of the Turkish Super League. Eight points ahead of second place Galatasaray, the Istanbul-based outfit boasts 54 points with only 10 games left before the end of the 2018-19 season.

The steady rise of this underdog, intent on dethroning powerhouses like Galatasaray, Fenerbahçe and Beşiktaş, continues with an undefeated streak in the second half of the season. Başakşehir lost only one point in the past seven games as it firmly stands in the first place for 15 weeks straight.

It remains to be seen whether it will snatch the top title from holder Galatasaray, but a tough challenge is ahead of the team, which is scheduled to play eight of its remaining 10 games in Istanbul, including a penultimate clash with Galatasaray in week 33. Apart from its own success, Başakşehir owes much to Galatasaray, which has leaked points in recent weeks. A 2-0 win in an away game against sixth-placed Evkur Malatyaspor on Sunday further boosted Başakşehir's title chances.

The team wrapped up the first half six points ahead of its closest rival. It has had an impressive second half of the season with six wins in seven matches and only one draw. Thanks to its goalkeeper Mert Günok, who currently dominates the European charts as one of least conceding goalkeepers, Başakşehir has conceded only three times in the last seven games, while scoring 16. Its only upset was the 1-1 draw against Büyükşehir Belediye Erzurumspor but the rest was a walk in the park for the Istanbul-based outfit, taking on the likes of Trabzonspor, Kasımpaşa, Akhisarspor, Antalyaspor, Bursaspor and Evkur Yeni Malatyaspor.

Next, Medipol Başakşehir will take on Fenerbahçe in game week 25 before traveling to Kayseri for a game against İstikbal Mobilya Kayserispor.

Başakşehir, formerly known as Istanbul Büyükşehir Belediyespor, is no stranger to success. In the past three years, it went into the mid-season break as the league leaders but only gave up the spot to rivals towards the end of the season. Coach Abdullah Avcı, who spent most of his football career playing for small Istanbul teams, is often credited for Başakşehir's successful revival after he took over in 2006.

The top success, however, has remained elusive in the Turkish league - traditionally dominated by the "Big Three," Beşiktaş, Galatasaray and Fenerbahçe. While the three powerhouses succumbed to a streak of failures due to mismanagement and financial troubles, Başakşehir has slowly but steadily made its climb to the top. The key to success is "stability," Avcı says, both in the starting 11 and in coaching.

Avcı recently told the media that he never calculated how many points they would collect by the end of the season but the average for winning teams was "70-75" points. "We try to focus on whatever match we have ahead of us instead of the top title," he said. The coach says though they widened the point gap with Galatasaray to eight, it is subject to change on a weekly basis. "We lost points with a draw if you remember. We want to overcome this challenge but we are facing teams that are known for their comebacks. It is not an easy task," Avcı said.

Fenerbahçe, which barely escaped danger zone in the second half of the second, may be one of them for the veteran coach. "You should not view Fenerbahçe as what it is now. It is an important team for Turkish football and has stage strong comebacks before. It will be a serious match for us, especially as we are the obstacle in front any team fighting for the top title," he said.