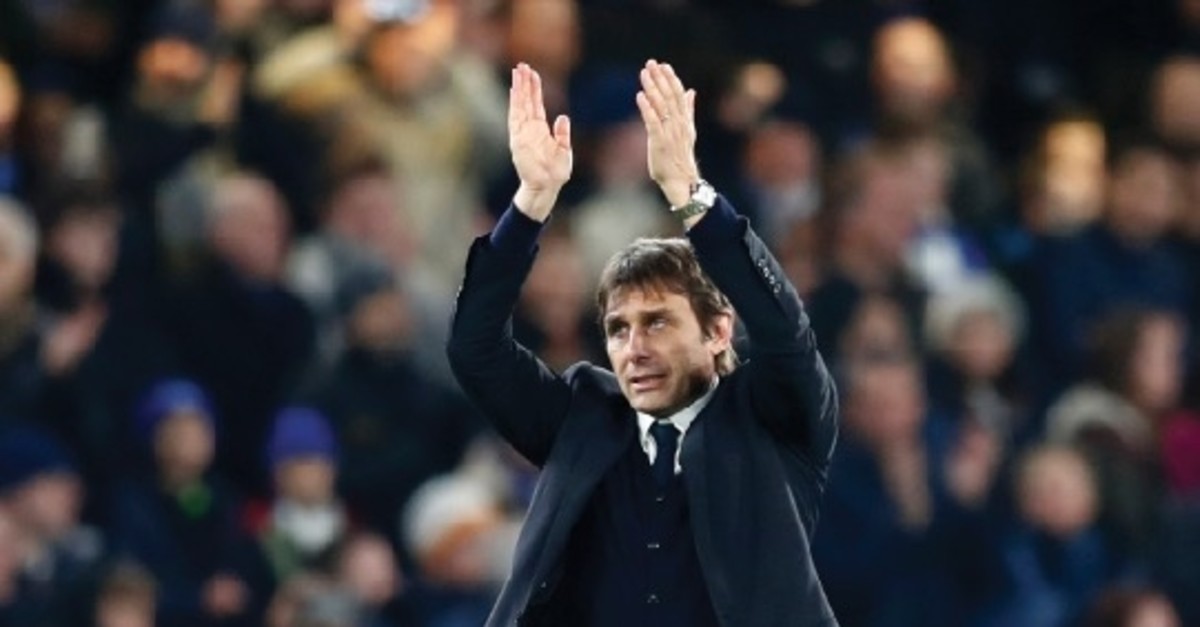 Beşiktaş is reportedly in talks with former Chelsea boss Antonio Conte as the current coach Şenol Güneş set to take the helms of the national team at the end of the year, The Istanbul powerhouse is also mulling over sending away five players

The Turkish Süper Lig still has weeks to go until the final curtain is drawn on the 2018-19 season but Beşiktaş is already planning ahead. Turkish media reports claimed that the Black Eagles are looking to bring in veteran Italian coach Antonio Conte, with current coach Şenol Güneş set to leave at the end of the season.

However, it remains unclear whether Beşiktaş will terminate Güneş's contract before the end of the season. Media outlets say the club is already in talks with former Chelsea boss Antonio Conte. Meanwhile, the Istanbul club is also planning to release five players. A report in the Turkish sports daily Fanatik claimed Beşiktaş Chairman Fikret Orman was taking his time in picking a local or foreign coach but his first choice is Conte. The Italian coach had left the English Premier League after two years in charge of Chelsea, winning a league title and the FA cup in his first season. Chelsea sacked Conte after a disappointing run in 2018 that saw the team finish fifth and failing to qualify for the Champions League. If the reports are true, Beşiktaş will have to beat out the Italian side Juventus, which is also interested in the coach's services, as reported by the Corriera dello Sport newspaper. Conte was behind three Serie A titles for Juventus from 2011 to 2014 and his career is largely confined to Italian teams - including the country's national team. He has been without a team since last summer.

Güneş will not be the only one to walk out at the end of the season. Five players whose contracts will expire in June are rumored to be out the door as well. The Milliyet newspaper reported that Black Eagles were already working on a reshuffle and will release Atiba Hutchinson, Gökhan Töre, Mustafa Pektemek, Tolga Zengin and Adriano.

Only Atiba among them may remain with Beşiktaş but in a non-playing position, Milliyet reported. The 36-year-old has been with Beşiktaş for six seasons and is among the few players with steady performance. He is also one of the select players on the team not to be booked in the 17 matches he played this season. The Canadian midfielder has the humble record of most appearances with Beşiktaş for a foreign player in the starting 11 with 164 matches. He peaked this season in terms of scoring with three goals. The player is praised for his calm style despite being on the front line of Beşiktaş's defense.

The Black Eagles are currently third with 41 points, 13 points behind league leader Medipol Başakşehir. Still, although this would be a coveted spot for many other teams, it has been the worst season for Beşiktaş in the past seven years. The Istanbul side had managed to garner 57 points in the first 24 weeks of the 2015-16 season and it also won the league title that year. Far from its glory days with unprecedented losses and internal fighting, the club is also troubled with financial problems. The team went on a spending spree under Chairman Fikret Orman whose seven-year reign is now being challenged by dissidents. With a TL 2.49 billion debt, Beşiktaş is seventh on the list of Turkish clubs with the most debt.

After three seasons of dominating the league, victories in the Champions League and Europa League, and stellar transfers, Beşiktaş took a turn for the worst this season, at least in the first half. Financial problems started last April after the Turkish powerhouse missed an opportunity to claim the league title and participate in the UEFA Champions League. The underperforming team has been booed even by its most devout fans and reports of internal conflicts have only added to Orman's woes. The team has slowly recovered from its poor run in the second half so far, with most of the success credited to the departing veteran coach Şenol Güneş.