Trabzonspor staggers in second half of Süper Lig season 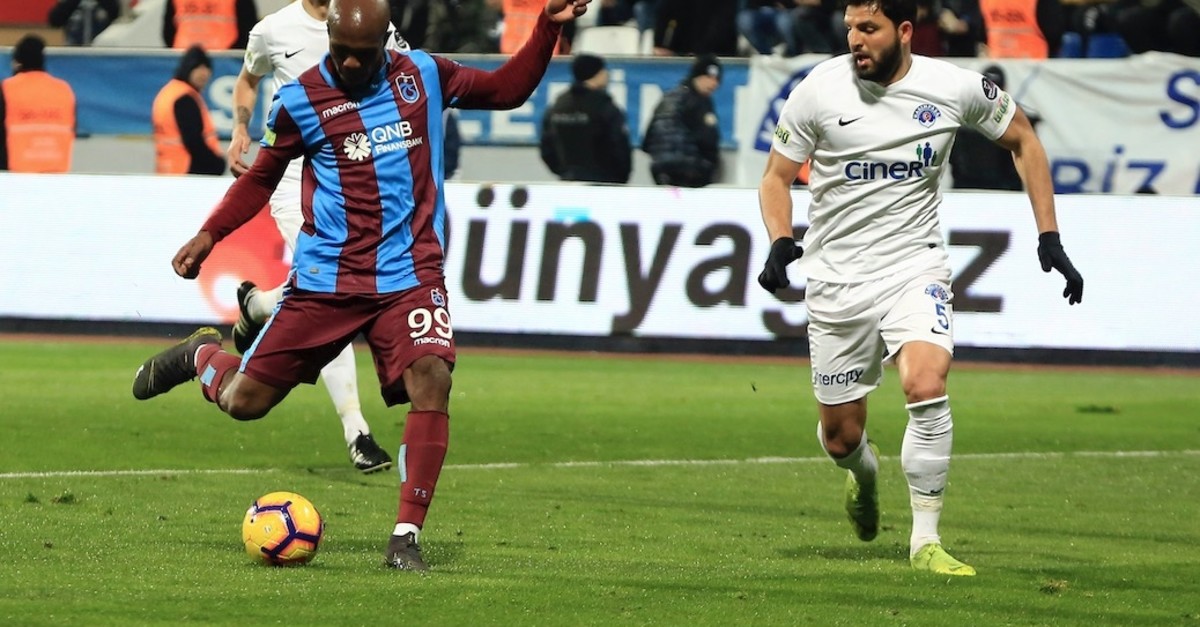 Trabzonspor, who finished the first half of the Süper Lig season in the second place, has now stumbled down to fourth place. The Black Sea Storm fizzled out picking up only eight points in seven matches in the second half of the season, trailing league leader Başakşehir by 17 points. In addition, it also crashed out of the Ziraat Turkish Cup, after losing 3-1 to minnows Ümraniyespor in the quarterfinals.

The team has so far secured only two wins in the second half of the season, along with two draws and three defeats. It currently has 37 points but the recent streak of below-par performance means a difficult path was ahead of the team.

Its latest upset came at the hands of Istanbul outfit Kasımpaşa, which held them to a 2-2 draw Monday. The draw, however, was preceded by a 3-1 victory against a struggling Göztepe.

One common pattern in Trabzonspor's streak of unimpressive show is late goals. It started in the first half of the season with a 90th-minute goal by MKE Ankaragücü that ended the match in a 2-2 draw. After that, a home game against Bursaspor ended 1-1 when Trabzon conceded a goal in the 87th minute and a last-minute penalty that allowed Kasımpaşa to bring the score level.

Trabzonspor also famously lost its 2-1 advantage against Beşiktaş when the Black Eagles scored one in the extra time of the second half. In total, these last-minute goals cost Trabzonspor eight crucial points.