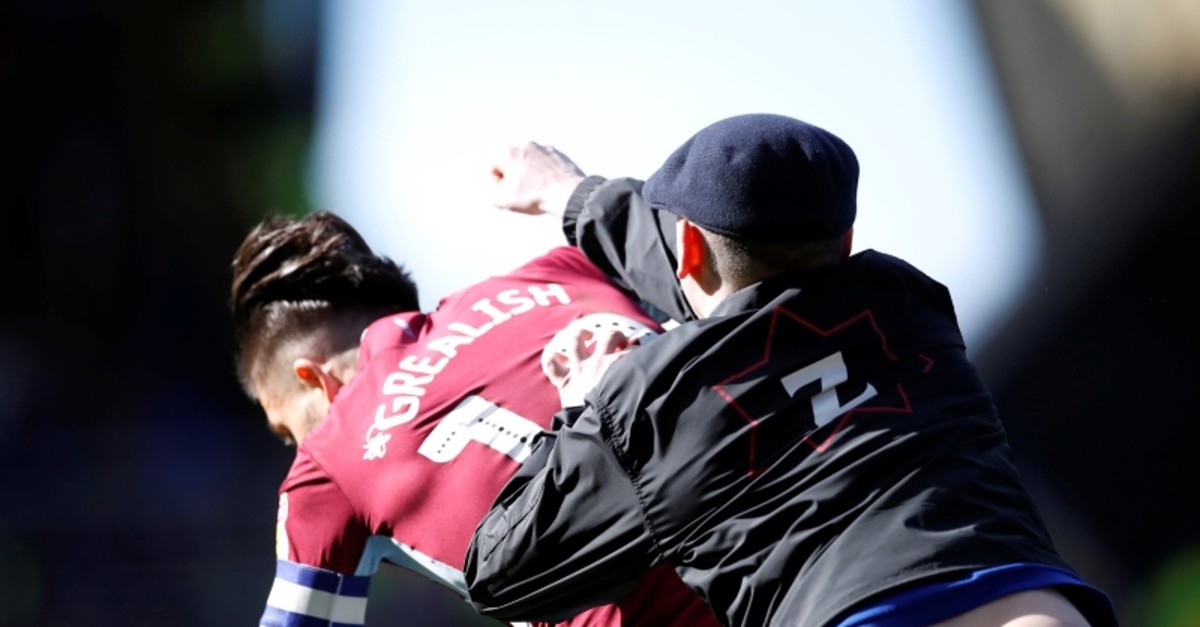 A fan invades the pitch and attacks Aston Villa's Jack Grealish during the match (Reuters Photo)
by Compiled from Wire Services Mar 10, 2019 12:00 am

A spectator ran onto the field and threw a punch at Aston Villa captain Jack Grealish during a derby game at Birmingham on Sunday.

The incident happened less than 10 minutes into the second-tier Championship game in central England when Grealish was in the Birmingham penalty area. The fan ran from behind Grealish and swung his right arm at the midfielder, striking the side of his head.

Grealish was in the Birmingham penalty area in the 10th minute when a man ran on to the field and threw a punch from behind at the Villa captain.

The blow caught Grealish on the side of the head and sent him sprawling to the turf.

The intruder was quickly restrained by a steward as Villa players including Tammy Abraham and Glenn Whelan rushed to Grealish's defense.

After the fan had been shoved over, he was eventually led away by police, defiantly blowing kisses to the crowd.

A visibly furious Grealish was helped to his feet and was able to continue playing once order was restored at Birmingham's St Andrew's stadium.

"Following the incident on the pitch involving an attack on an Aston Villa player; a man has been arrested and en route to a custody block," West Midlands Police tweeted.

Former Manchester United and England defender Gary Neville called for Birmingham to be docked points over the attack.

"The club are going have to take a huge punishment for this to act as a deterrent in the future. A Points deduction or Empty stadium for 10 games!" Neville tweeted.

There is a long history of animosity between Birmingham and Villa supporters, with outbreaks of serious violence in the streets marring many of the 'second city' derby encounters.