Beşiktaş undefeated but still far from top of league 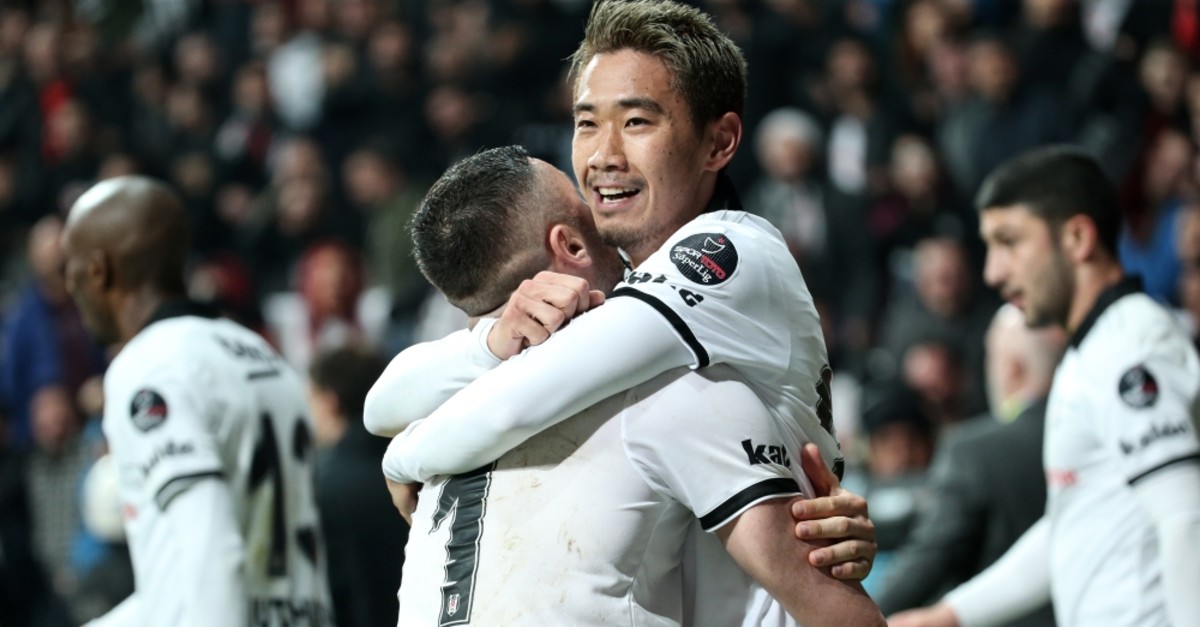 With 44 points as of week 25, Beşiktaş enjoys a streak of wins and draws but still has a long way to go to the Süper Lig's top two

Despite a record of wins and draws in eight matches in the second half of the 2018-19 season, Beşiktaş has failed to climb atop the Süper Lig in week 25. The Istanbul giant is languishing in third with 44 points, a hefty 13 points behind leader Medipol Başakşehir and two points behind Galatasaray. The Black Eagles garnered 18 points in the second half and anger is simmering among fans toward coach Şenol Güneş and the club board.

The team concluded week 25 with a 3-2 home win against Atiker Konyaspor on Sunday, adding one more to its four wins in the second half. The team has drawn three times and has not lost a single game in the second half of the season. This is a remarkable accomplishment compared to their seven wins, five draws and five defeats in the first half. Still, a chance to win the league title seems to be out of reach, getting farther away every week with Başakşehir widening the point gap. Two draws in the second half led to critical point losses for the Black Eagles. The first against Fenerbahçe was preventable as Beşiktaş had concluded the first half of the home game 3-0, only to concede three in the second half. The following week's game against Kayserispor also ended with a 2-2 draw, further reducing their chances of moving up to the runner-up spot.

The Eagles snatched four points in the past two weeks but it had a tough time doing it. The Kayserispor draw was the work of a 90th minute goal by Beşiktaş defenseman Caner Erkin. The Konyaspor match would almost end up as another draw if it wasn't for Japanese international Shinji Kagawa's extra time goal in the second half.

Offense aside, Beşiktaş is going through what pundits are say is the team's "second worst" defensive performance in the last 18 seasons. German goalkeeper Loris Karius is particularly under fire. Karius conceded 34 goals in 25 weeks, only six goals less than the 40 goals it conceded in the first 25 weeks of the 2000-2001 season.

More challenges are ahead for the Black Eagles which will take on a formidable Başakşehir in week 28. Next week might be relatively easy as they will square off against Göztepe struggling to escape relegation. However, an away game against the in-form Rizespor after Göztepe might be troublesome for the Eagles. Beşiktaş will close the season with a match against Kasımpaşa, a team that sits in the 12th spot after a promising start to the first half.

The Black Eagles are also going through options on their next coach, as their current manager Şenol Güneş is set to join the national team at the end of the season. Media reports speculate that former player Sergen Yalçın and Başakşehir coach Abdullah Avcı are among potential candidates. The 46-year-old Yalçın, who is currently at the helms of the Süper Lig outfit Alanyaspor, was one of the most famous players for Beşiktaş in the 1990s for his unique style before he ended his playing career in 2009 with Eskişehirspor. Yalçın, who more often than not made headlines for his off-pitch activities like his fondness for horse races, returned to Beşiktaş as a trainer for their junior team in 2008, before joining Gaziantepspor in 2013. His contract with Alanyaspor ends in June. On the other hand, Abdullah Avcı, a veteran coach credited with the sudden rise of Başakşehir, is unlikely to switch allegiance to Beşiktaş while Başakşehir is the talk of the town as the next possible underdog champion of the Süper Lig. For fans on social media, assistant coach Guti Hernandez is the best replacement for Şenol Güneş. The Spanish player had joined Beşiktaş from Real Madrid in 2010 before retiring one year later to take the role of assistant coach under Güneş.