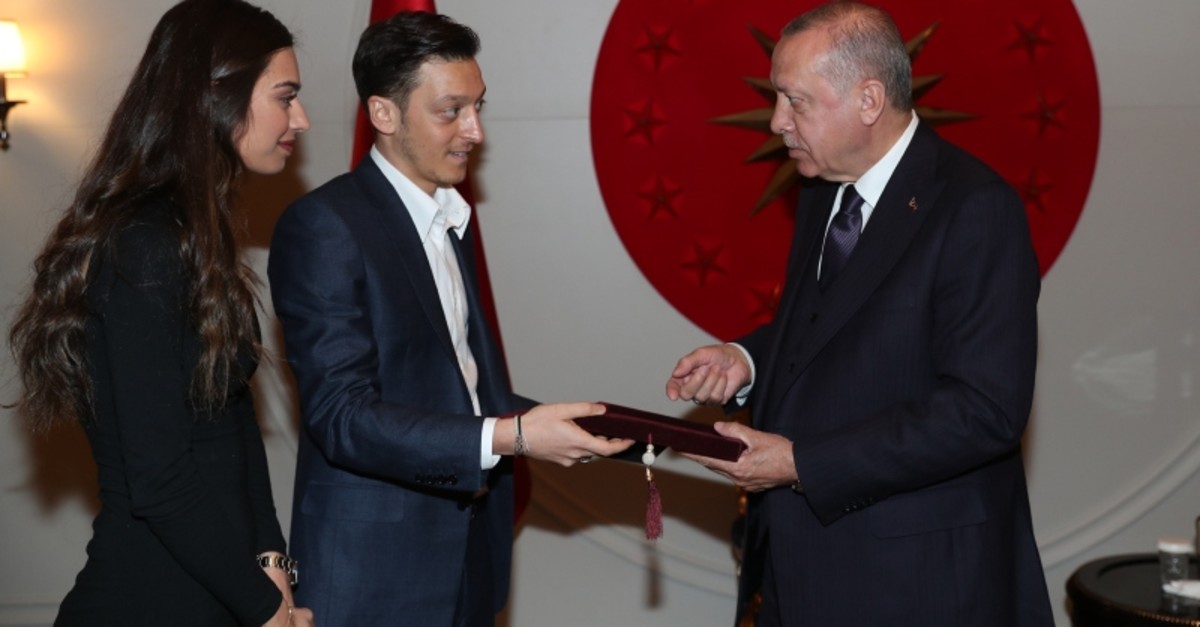 During their meeting, Özil, who was accompanied by his fiancée Amine Gülşe, gave Erdoğan an invitation to their wedding.

Özil and Gülşe, a Turkish actress and model, got engaged in January this year.

The Arsenal midfielder's last meeting with Erdoğan drew a wave of xenophobic and racist attacks against him in the run-up to last year's World Cup in Russia.

Then followed Germany's ignominious exit from the World Cup, for which Özil was scapegoated by local media.

In July, Özil finally broke silence regarding the matter and announced his retirement from the German national team citing discrimination against his Turkish roots, racist slurs and comments that targeted him.