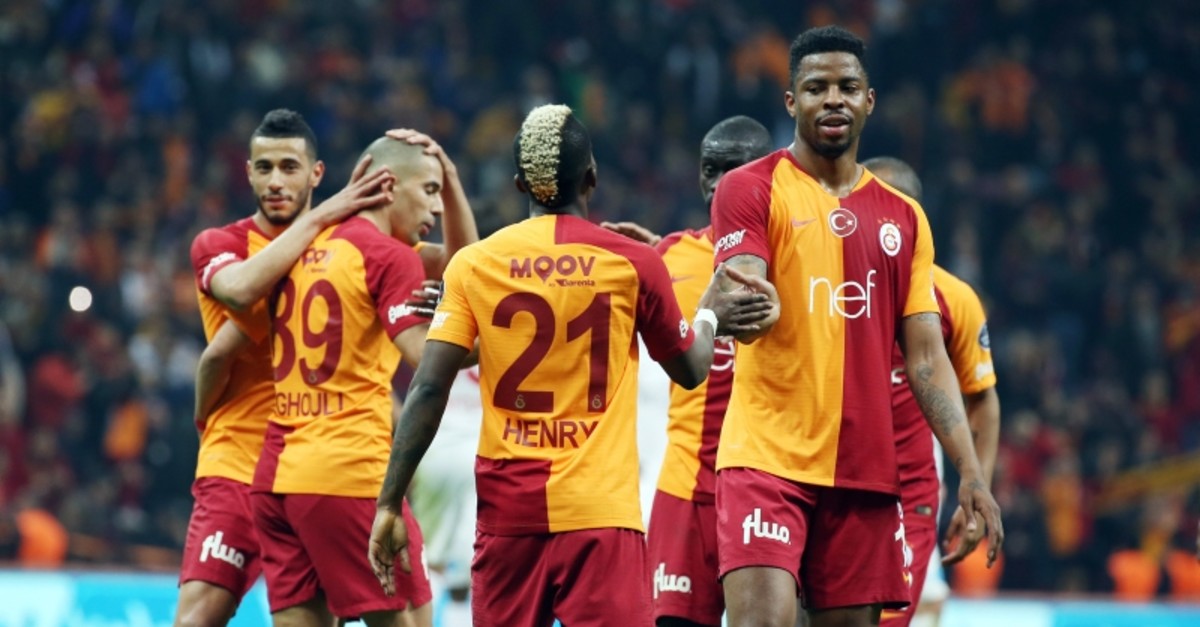 Game week 26 of the Turkish Süper Lig kicks off today, marking just eight weeks before the end of the season. Any losses this week and the next will severely hurt second-placed Galatasaray and third-placed Beşiktaş's chances of dethroning Medipol Başakşehir

Title hopes are fast slipping away for Süper Lig hopefuls as the competition enters week 26 today. There are still eight weeks to go but leader Medipol Başakşehir has widened the point gap so much that second-placed Galatasaray and third Beşiktaş will count on picking up some extraordinary victories and a devastating loss for Başakşehir.

A loss for the Lions or the Black Eagles will further diminish their title chances. Only Galatasaray seems to have some semblance of an opportunity to close the gap with the current league leader.

Fenerbahçe, which once formed the triumvirate of powerhouses in the Süper Lig along with Galatasaray and Beşiktaş, is only focused on closing the season out of the relegation zone. The Yellow Canaries will host Demir Grup Sivasspor in the first match of game week 26 today. Going through their worst season in history, with only six wins in 25 outings, Fenerbahçe is perched in 14th spot with 28 points, 18 adrift of third-placed Beşiktaş. A win against Sivasspor, which is seventh with 34 points, may bring relief for the struggling outfit that only secured one win in its past five league matches. The Yellow Canaries, however, will miss their skilled defender Serdar Aziz through suspension and French midfielder Mathieu Valbuena through injury. Moroccan midfielder Nabil Dirar also missed the last two games due to injury and it is not clear if coach Ersun Yanal will include him in the lineup. Yanal had a busy week reshuffling his team ahead of week 26 with six players on the brink of suspension if they are booked against Sivasspor. The coach boasts the team has a record of zero defeats at home games with Fenerbahçe and Sivasspor is far from bringing an end to this. It has only won four out of the 25 games against Fenerbahçe since it entered the Süper Lig in the 2005-06 season. Fener has secured five wins and two draws in the past seven matches against Sivas. The Yellow Canaries also have the upper hand in home games, with only one win for Sivasspor and one draw in 12 matches played at Fener's home in Istanbul.

Meanwhile, Beşiktaş will host İzmir-based outfit Göztepe Saturday. Göztepe, only two spots above from the last spot, suffers from a bad record in away games where it has only collected seven points this season. It is still bitter over a 5-1 loss to Beşiktaş last season. The Black Eagles are flying low this season while coach Şenol Güneş is set to exit at the end of the season to take charge of the Turkish national team. Yet, Göztepe may be an easy hurdle to overcome, with a rebellion apparently brewing within the team as some players complained of unpaid wages.

League leader Medipol Başakşehir will travel to Kayseri to take on İstikbal Mobilya Kayserispor on Sunday. Kayserispor remains in the ninth spot with 32 points while Başakşehir remains wary of any threat to its points' bonanza. The league leader did not announce their lineup for the weekend's game but it will likely miss key players like Clichy, Demba Ba, Alexandru Epureanu and Serdar Taşçı, who suffer from injuries. Başakşehir is unbeaten for 11 games, while Kayseri is counting on their home advantage to snatch a few points from the Istanbul giant.

Galatasaray will wrap up game week 26 when it takes on Bursaspor in an away game Sunday. The Lions are having trouble closing the gap with Başakşehir in the past weeks and it aims to add at least a few more to their current 49 points. Their chance to win the top title is slightly over 3 percent according to pundits but Galatasaray is now fighting to retain its second position in the face of stiff competition from former underdogs that shook up top spots this season. On the other hand, Bursaspor is in the relegation zone, just below Fenerbahçe with 28 points but its formidable defense made Bursa the third least goal conceding side in the Süper Lig this season. Galatasaray will need at least three points to boost its standing.