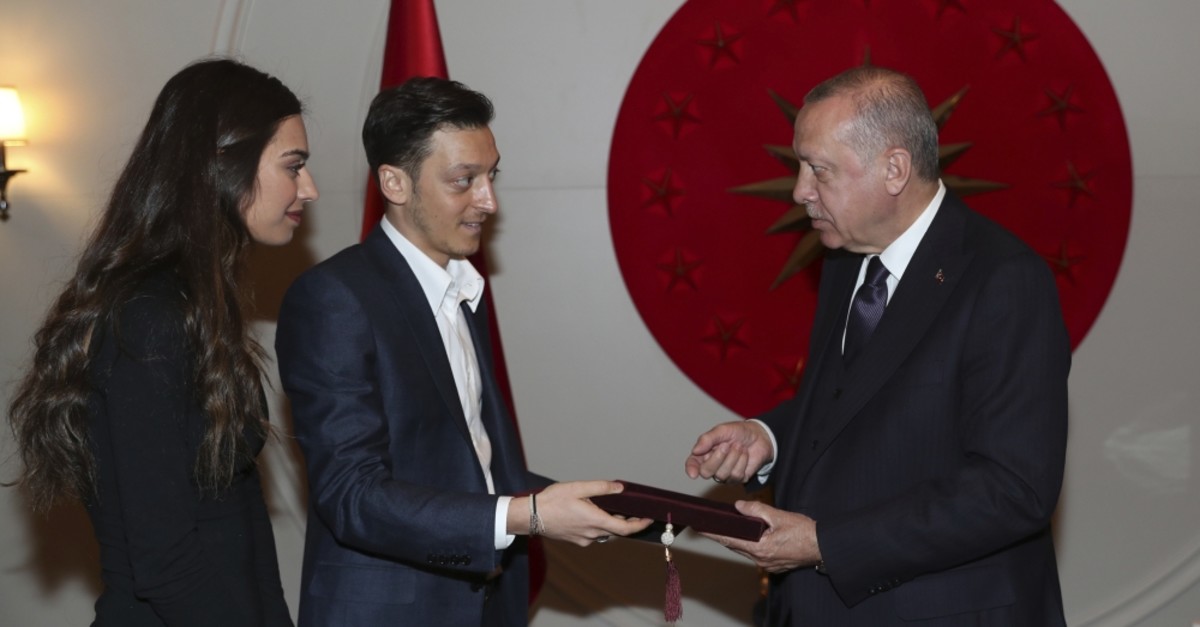 What happens when a footballer hands a wedding invitation to the president of a country? It "saddened" a top German official apparently. Helga Braun, chief of staff to German Chancellor Angela Merkel and a politician from her Christian Democratic Union of Germany (CDU) told Bild that "it makes one sad" that Mesut Özil, the German midfielder of Arsenal, would give a wedding invitation to Turkish President Recep Tayyip Erdoğan. Özil's parents are Turkish and his meetings with Erdoğan often draw rebuke from Germany where assimilating migrants remain a priority for the government. Braun said that "the fact that this has continued will have disappointed a lot of football fans, me too," referring to Özil's London meeting with President Erdoğan, who was visiting the United Kingdom at that time last year. Braun, whose boss tried to improve ties with Ankara last year after relations had deteriorated over a number of issues, acknowledged it was Özil's "private decision" but appealed to the footballer "as a role model, especially for young Turks in Germany." "Footballers are symbolic figures in our society, with whom people identify with much more than ministers and so the question is raised: how much does someone wearing the German national jersey stand for Germany?" added Braun. Özil, who repeatedly complained of racism, had quit the German national team last July after the criticism of photo with Erdoğan. "I am German when we win, an immigrant when we lose," he has said in a statement he made as he announced his resignation from the national team.