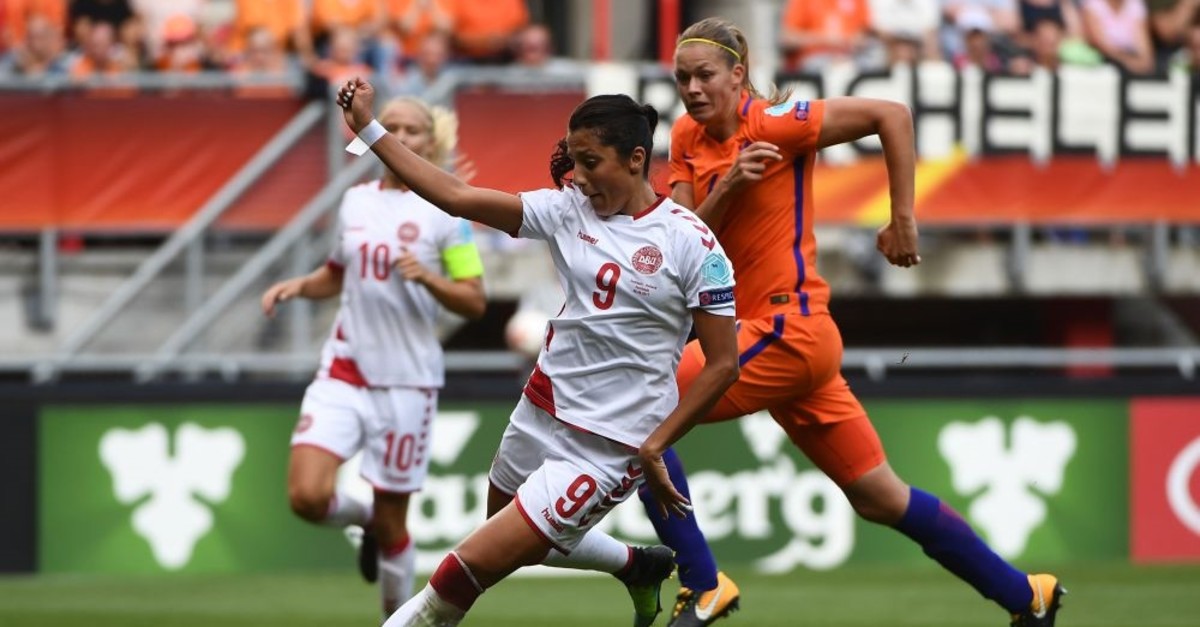 "I don't really think about the past and what happened," says Nadia Nadim, the daughter of an executed Afghan general who spent years playing football in the fields beside her refugee camp before becoming a Denmark international. "I am fortunate to be in a situation where I can play football and love what I do," adds Nadim, a 31-year-old forward who recently completed a switch from Manchester City to Paris Saint-Germain.

Her story is a remarkable one. She was barely 10 years old when her father was killed by the Taliban, her family fleeing the war-torn nation and finding a new home in Denmark. The journey from her home in Herat was a long one, via Pakistan and then on to Italy with the aid of human traffickers in a bid to get to Britain where she had family. Instead they found refuge in Denmark. "We came to Denmark in 2000 when I was 10 or 11 years old and we used to be in this camp and just beside this camp there was these amazing football fields," Nadim told Agence France-Presse (AFP).

"Every day after school me and other refugee kids used to go and watch these other guys train. One day I asked if I could join in and the coach was like 'yeah, of course,'" she explained. Away from the turmoil of her homeland at that time, her teenage years in Denmark were peaceful and she enjoyed comics, school and especially sport. "I feel happy and I feel grateful every day. I am fortunate to be in a situation where I can play football, be the player I want to be and meet new people all the time," she says. Nadim, who has embarked on studies to become a surgeon after her football days are over, feels the sport is a wonderful social leveler.

"There were a lot of kids from different areas... Arabs, Iraqi, Bosnian, Somalian, nobody could speak the language and no-one spoke English, so the only way we communicated was with the game," she recalled of her early days in Denmark. "Everyone was included, nobody would say 'No' because you are different... that is what I still love about the game, everyone can be a part of it. It doesn't matter if you're black, white, Christian or Muslim, it's a game." Nadim went on to become a full Denmark international and played in the European championships final in 2017 where she scored the opening goal but could not prevent her side losing 4-2 to the Netherlands. However, to her enormous chagrin, Denmark did not qualify for the World Cup, which kicks off in France in June. "I was so disappointed," she said.

She is circumspect when asked if she thinks the World Cup is going to be a "turning point" for the growth of women's football. "I don't think there's one tournament or one point that's going to change everything," she said. "I don't think that's how it works. It's going to take time, but we're on the right path."

When she hangs up her boots, the woman who was forced to flee conflict herself says she hopes to combine her burgeoning medical career with humanitarian work.