Transfer rumors in full swing ahead of Süper Lig closure 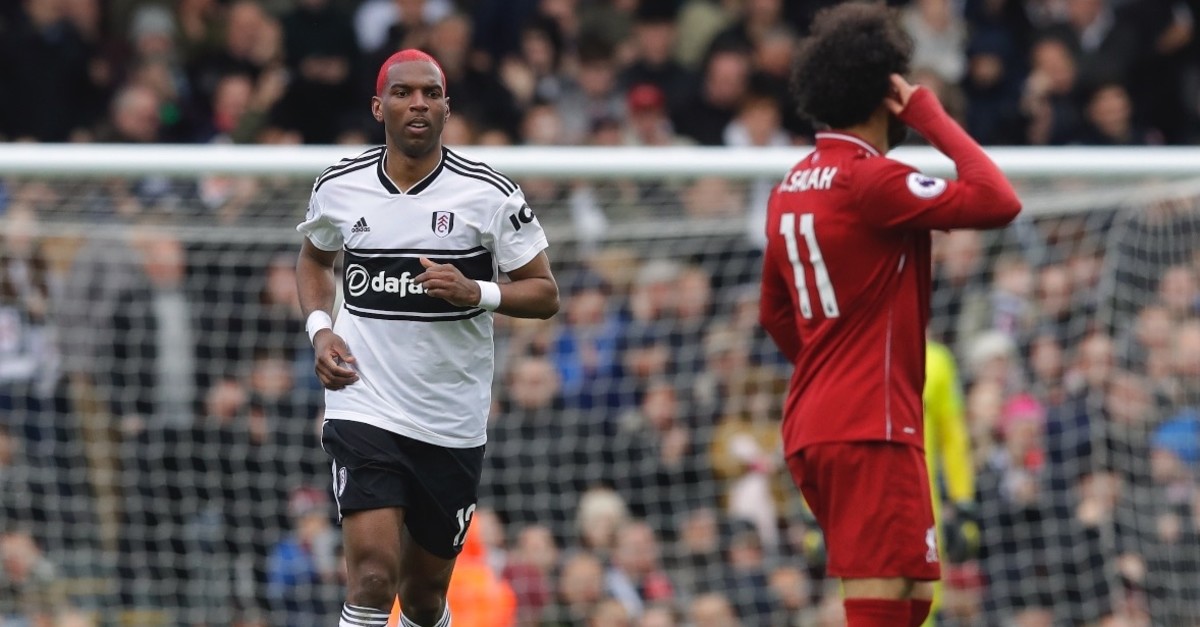 Although the Süper Lig title race is far from over, teams are already making plans for the upcoming season as they look for new transfers. The 2018-19 season in the Turkish league will end in eight weeks' time and second-placed Galatasaray is currently looking to dethrone leader Medipol Başakşehir. However, transfer rumors have made the front page of sports daily's as most Turkish teams, burdened with mounting debts, target rival players because of UEFA's Financial Fair Play restrictions.

Former powerhouse Fenerbahçe may be languishing on 13th place, just above the relegation zone, it hopes to recover under new coach Ersun Yanal. They recruited four new players midseason and their only international transfer was Chelsea's Victor Moses.

The Yellow Canaries have now set their sights on Dutch midfielder Ryan Babel, who left Fener's archrival Beşiktaş in the midseason transfer window and joined Premier League's Fulham. Babel's performance in the Premier League was below par before he won hearts with an equalizer against his former side Liverpool last week. The 32-year-old player's agent Winnie Haatrecht reportedly visited Istanbul last week for a meeting with Fenerbahçe's director of football Damien Comolli. Babel's contract with Fulham, which he joined for 1.8 million pounds ($2.37 million), will expire in June. The Yellow Canaries will also decide on the fate of French midfielder Mathieu Valbuena, whose contract expires at the end of the season. Speaking to beIN Sports France, Valbuena said he too was uncertain about his future and was waiting for Fenerbahçe's decision. "It also depends on where Fenerbahçe will stand in the league at the end of the season," he said, referring to the team's downfall this season. "But I know they are happy with me," Valbuena added.

Fenerbahçe has also reportedly shortlisted Hamburg's South Korean forward Hwang Hee-chan, according to reports in the Turkish media outlets. The 23-year-old currently plays on loan from Salzburg and may be the latest addition to a growing number of Asian players in the Turkish league - Beşiktaş and Galatasaray hired Shinji Kagawa and Yuta Nagatomo, respectively, this season. Hwang was one of the most popular South Korean players in the football world, though his recent record is far from satisfying with Hamburg that competes in the second-tier league in Germany. Hwang scored two goals and one assist in 17 games with Hamburg and was absent for 11 matches due to a streak of injuries. He still nurturing a shoulder injury and will be absent through April. Yet, Fenerbahçe, which struggled to find a good forward this season, can rely on his versatility as both a left and right winger and will likely fork out a reported 5 million euros ($5.68 million) for Hwang. His speed and ball control is also praised though Hwang does not excel on one-on-one situations and does not fare well when it comes to making successful passes. Fenerbahçe has also set its sights on Galatasaray's Eren Derdiyok. The 30-year-old forward has been left out of the starting 11 and his contract with the Lions ends at the end of the season. Derdiyok has a record of 10 goals and 1 assist this season in 18 matches for the Lions.

Galatasaray, meanwhile, has shortlisted Akram Afif of Qatari outfit Al Sadd. The 22-year-old left-winger may replace Nigerian international Henry Onyekuru, who has reportedly drawn the attention of Bayern Munich. The Qatari forward is currently on loan from Spain's Villarreal and has a one-year deal with the Qatari outfit. He put on an impressive performance for Al Sadd with 14 goals and 13 assists in 15 games.

Meanwhile, Beşiktaş has shown interest in Australian forward Awer Mabil, currently at Denmark's Midtjylland. The 23-year-old player has a transfer value of about 1.5 million euros and can play both as a left and right winger. If Beşiktaş reaches a deal, he will be likely a replacement for Ricardo Quaresma, though Mabil's present contract with the Danish outfit runs until 2020.