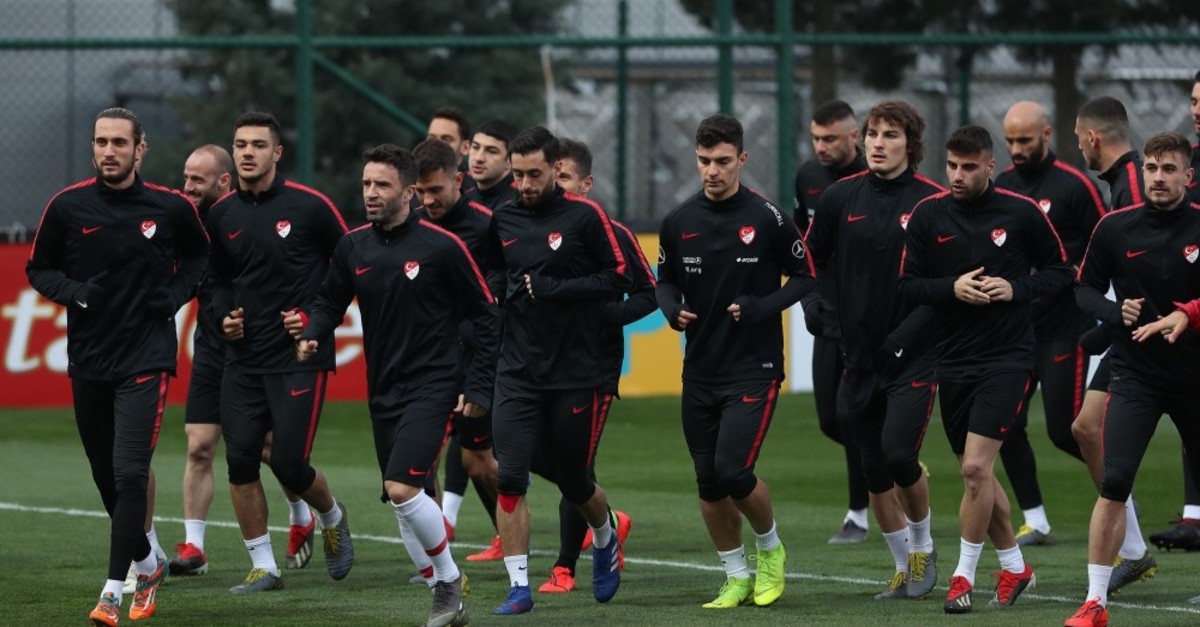 In Group H of the Euro 2020 qualifiers, Turkey will meet Albania in an away match today at Loro Borici Stadium in Shkoder.

The Turkish team will face France, Iceland, Albania, Moldova and Andorra in Group H in the qualifying rounds.

Turkey has not been able to score in their last four matches when they played against Russia, Sweden, Bosnia-Herzegovina and Ukraine. So far in 566 matches, the Turkish national football team won 212 and lost 221 matches. In their 10 previous encounters, Turkey beat Albania four times, while suffering four defeats with the remaining two matches ending in a draw. Beşiktaş manager Şenol Güneş will be leading Turkey against Albania before officially becoming the team's manager for a four-year term starting June 1.

Earlier this month, the Turkish national football team and head coach Mircea Lucescu mutually terminated their contract. During Lucescu's tenure, Turkey had failed to qualify for the 2018 FIFA World Cup held in Russia.

Güneş previously led Turkey to a third-place finish in the 2002 FIFA World Cup, the country's best ever performance at the world stage.

The team is far from its former self since then. Güneş's return will either be a strong comeback for the team that lagged behind under Lucescu or an uphill battle to leave its mark on international football. Teams that secure the first two spots in their groups will automatically qualify for the finals and four teams among 20, which will be qualified for the finals, will be determined in playoffs against the last year's group stage winners of the UEFA Nations League in 2020.

Sixteen teams, which won last year's Nations League competition as winners of their groups secured places in the playoffs.

Emre Taşdemir is the only Galatasaray player set to be capped for the national team under Güneş. The coach included a mix of veterans and up-and-coming talents for his midfield lineup. Those include Deniz Türüç of İstikbal Mobilya Kayserispor, Efecan Karaca of Aytemiz Alanyaspor, Yusuf Yazıcı of Trabzonspor.

Mehmet Topal of Fenerbahçe, Okay Yokuşlu of Celta Vigo, Yunus Mallı of Wolfsburg, Emre Kılınç of Demir Grup Sivasspor and Hakan Çalhanoğlu of Milan round the midfield lineup of the national team. The two forwards Güneş turned to for the national team are Burak Yılmaz of Beşiktaş and Cenk Tosun of Everton.