Barca reliance on Messi underlined in escape act at Villarreal 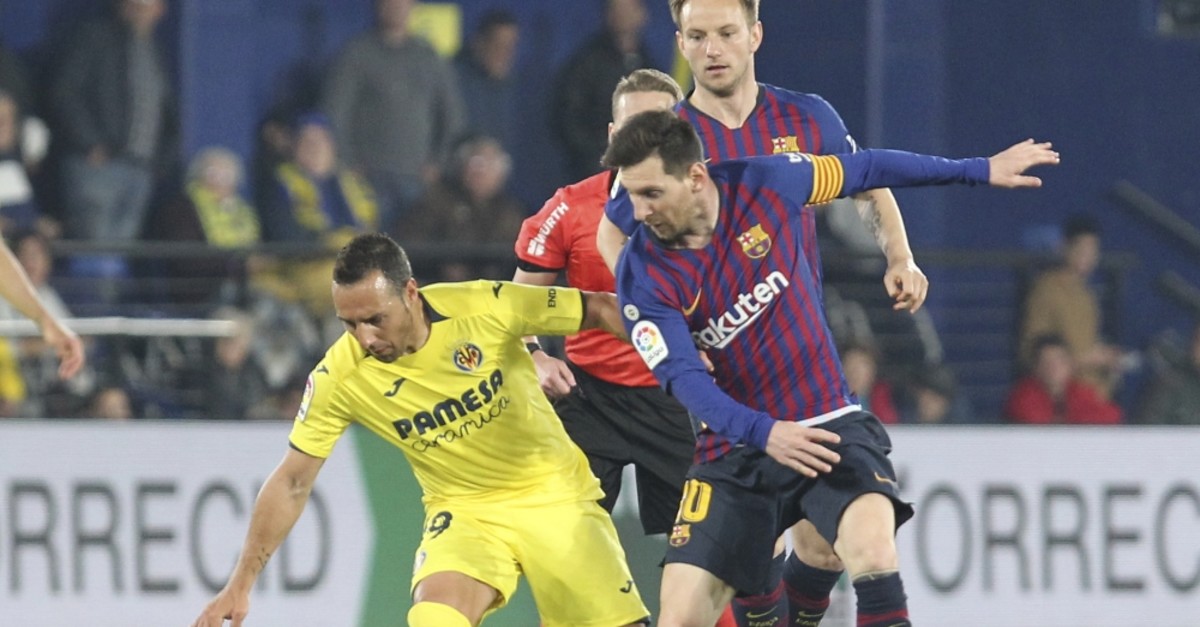 Barcelona's thrilling 4-4 draw with Villarreal on Tuesday has been hailed as the game of the season in Spain but yet again it showed the La Liga leaders' vulnerability whenever they try to give Lionel Messi a breather. With a top-of-the-table showdown against Atletico Madrid and two Champions League quarter-final games against Manchester United coming up, Barca coach Ernesto Valverde understandably opted to rest his talisman.

Messi sat on the bench alongside Ivan Rakitic and Gerard Pique and although Barca got off to a flying start with two early goals they were pegged back by struggling Villarreal, prompting Valverde to turn to him with the score tied at 2-2. No sooner had Messi come on and Villarreal took a shock lead before making it 4-2. But, not for the first time this season, Barca's captain spearheaded their comeback. The Argentine smashed a freekick in off the post at the start of stoppage time, paving the way for Luis Suarez's last-gasp equaliser.

"Football is incredible," hailed the front cover of Spanish newspaper Marca, while daily Mundo Deportivo said Suarez's late strike was "a goal that is worth the league title". But Messi's role in Barca's latest escape act, which was the third time in the league this season when he has been called upon to get them out of trouble, again raised the question of whether Barca suffer from 'Messi-dependence'. "Of course, Messi-dependence exists, it would exist in any other team in the world," said Barca coach Valverde. "But when he is there we also have to play. The first 15 minutes (when Barca were 2-0 up) we didn't need him, in the last 15 we really did. We all accept this." Barca midfielder Carles Alena meanwhile was in awe at his team mate's freekick: "It was spectacular, a wonder goal, something that only he could do."

Messi also sat on the bench against Athletic Bilbao in September but rescued a 1-1 draw by setting up a late equaliser after coming on, while he provided an assist and a goal as a substitute against Leganes to turn a 1-1 draw into a 3-1 win.

Barca's reliance on their captain is even more stark in the Copa del Rey: they were beaten 2-1 at Levante and 2-0 at Sevilla in first leg games while Messi was left at home, winning the second legs 3-0 and 6-1 respectively with him back in the team.

The Catalans' next opponents Atletico and United will feel emboldened by Barca's ragged display against Villarreal, knowing if they can somehow shackle Messi, they stand a chance. But, if like so many other teams over the past decade, they are unable to tame the Argentine, they know they will be in for a torrid time.