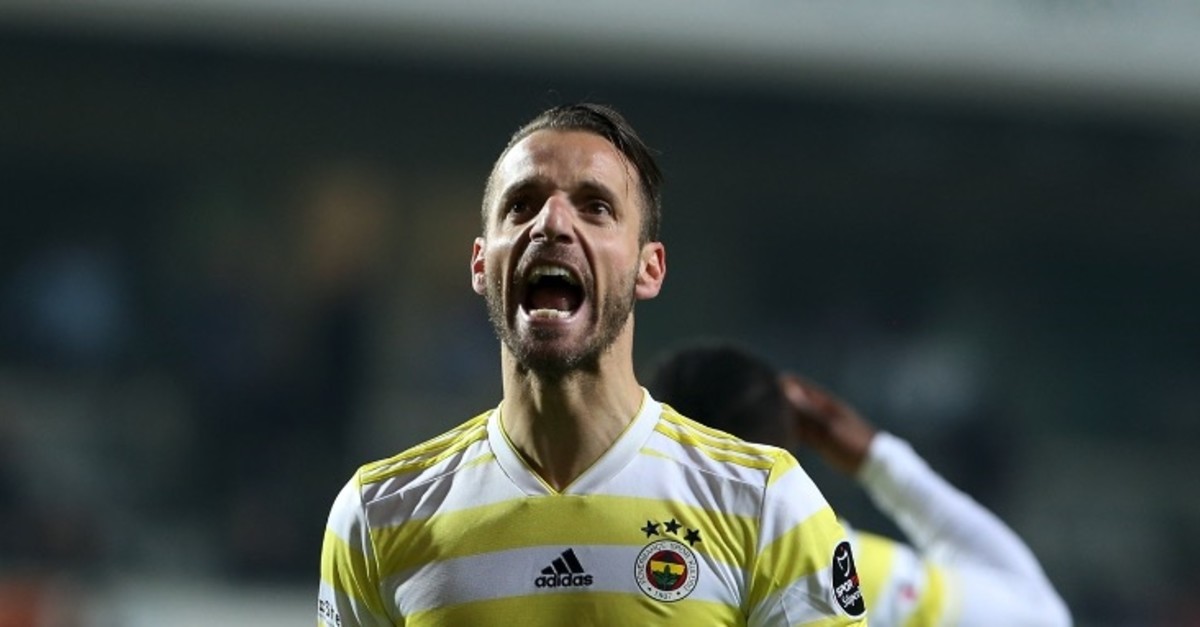 In the latest great derby of the season, second-placed Galatasaray will visit Fenerbahçe on Sunday night. It will be a thrilling matchup for two of Süper Lig's oldest clubs and might likely end in an easy win for Galatasaray.

A win will boost Galatasaray's title chances if only league leader Medipol Başakşehir do not widen the point gap. Past records, however, are heavily pitted against the Lions who could not secure a single victory in Fenerbahçe's backyard in the last 22 matches.

The Yellow Canaries, meanwhile, are going through the worst season in club history and have barely risen above the danger zone. A few points can only give them brief relief, as there are still a few weeks before the 2018-2019 season comes to an end. Their current 32 points are an embarrassment for a team accustomed to top titles or at least a place in the top three of the league for decades. Fenerbahçe's steep decline was last evident in a 1-1 draw last week against minnows MKE Ankaragücü. The club's new coach Ersun Yanal has apparently failed to turn the tide of a disastrous campaign that led the club to fire two coaches in quick succession in the first half of the season.

Sunday's derby will be the 56th match between the two teams since Fenerbahçe restored and reopened its stadium in 1982. A glorious past with 29 wins against Galatasaray in that stadium will definitely be in the minds of Yellow Canary fans. The Lions have only secured nine victories and drew 17 times in away games against Fenerbahçe, but they are on a roll thanks to the triumphant return of Fatih Terim, the legendary coach who guided Galatasaray to multiple league titles and its solitary European title. It remains to be seen whether Fenerbahçe will add to its 109 goals against Galatasaray in the past 55 matches or if Galatasaray will improve its record of 64 goals against the Yellow Canaries.

Galatasaray boasts a lineup that includes Mbaye Diagne, one of the top goal scorers in Europe, while Fenerbahçe lacks an offense save for home matches. Underachieving new transfers Islam Slimani and Michael Frey failed to bring fresh success that the team desperately needs, while Roberto Soldado barely improved Fenerbahçe's scorecard. Eljif Elmas and Hasan Ali Kaldırım remain the only reliable scorers for the Yellow Canaries. Kaldırım, in particular, shines with three goals and five assists this season, and his role in the team's eight goals. Midfielder Mehmet Ekici is also among the key players for the Yellow Canaries, but Ersun Yanal will have to search for an alternate, as Ekici will be absent due to his earlier booking.