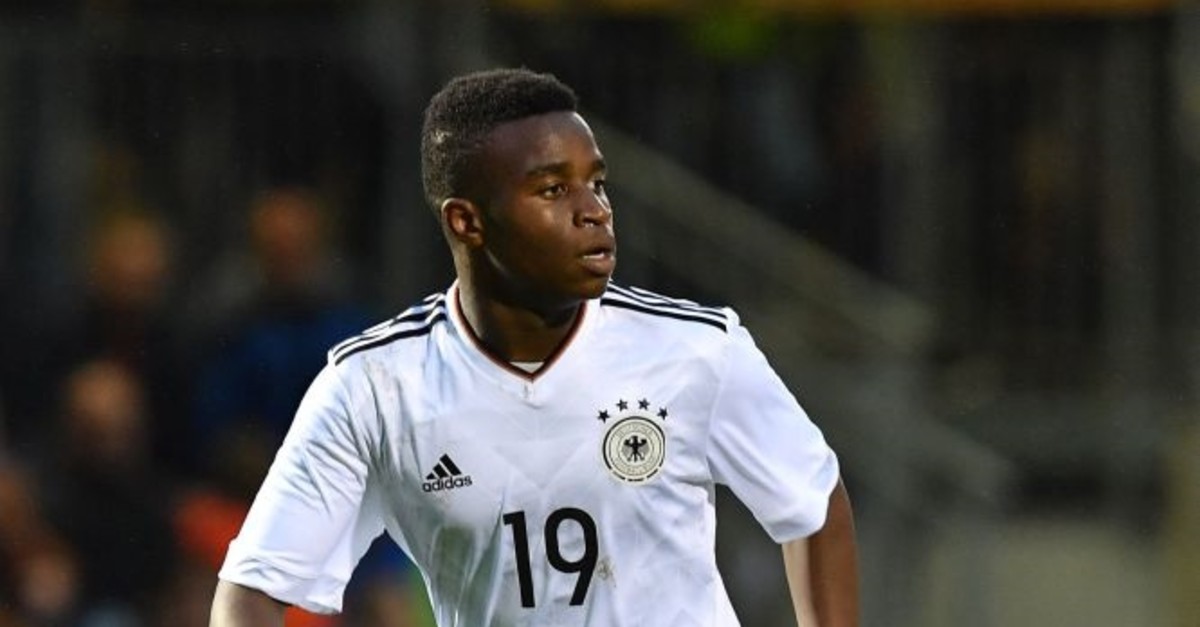 Borussia Dortmund's 14-year-old prodigy Youssoufa Moukoko (above) has signed a one-million-dollar sponsorship deal with Nike, according to a report in German tabloid Bild.

The young striker has been making waves in Dortmund's youth system, scoring 36 goals in 21 games for the Under-17 team this season. His exploits have earned him a sponsorship deal which most teenagers could only dream of, Bild reported yesterday. The German paper claimed that Moukoko had already received around 1 million euros (approximately $1.1 million) for signing with Nike and was in line to receive further premiums worth up to 10 million euros depending on how his career develops.

The extra premiums would only kick in if and when Moukoko makes his professional debut in the Bundesliga, Bild reported. Yet according to league statutes, Moukoko cannot play for Dortmund's first team until he turns 16 in November 2020. The Cameroon-born 14-year-old joined Dortmund from Hamburg club St. Pauli in 2016. He made his debut for the Germany Under-16 team at the age of 12 in 2017, and went on to score three goals in four games in the national team shirt.

Yet with both club and country keen to dampen the hype around the teenage talent, Moukoko has not yet been nominated for international duty at Under-17 level. "The interest in Youssoufa has not always been easy for the player and those around him," Germany Under-17 coach Michael Feichtenbeiner told the website Sportbuzzer last November. "With his individual development and the wishes of family in mind, we have decided not to pick him for the Under-17s."