Galatasaray fails to break spell at Kadıköy, draws 1-1 with Fenerbahçe 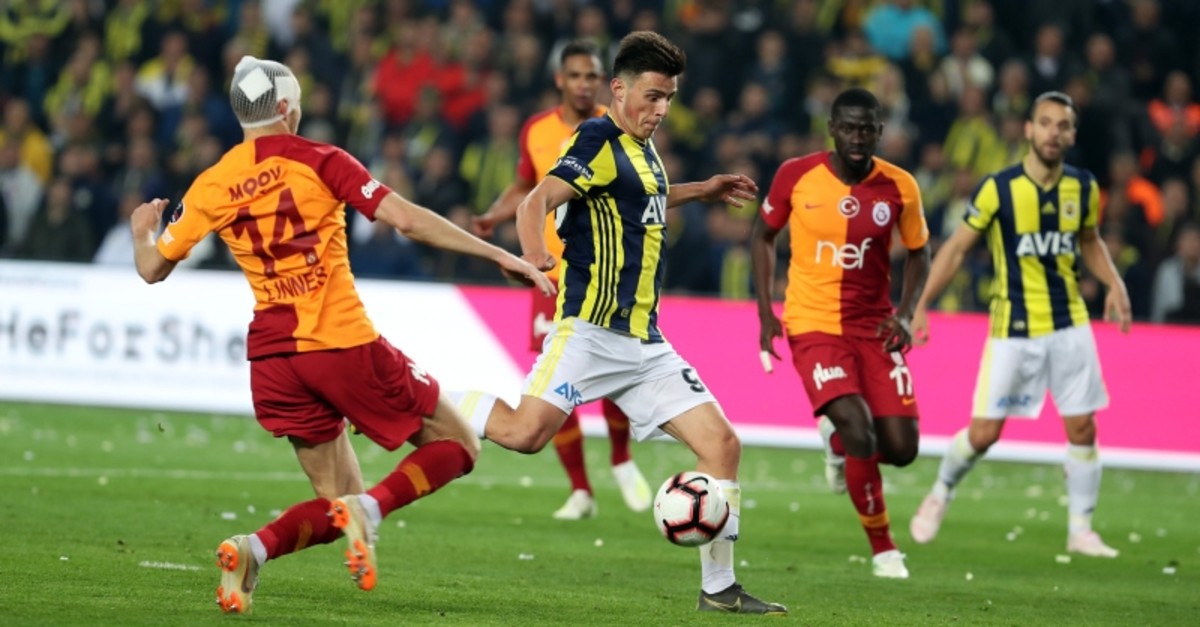 Galatasaray once again weas unable to break the spell at Kadıköy with a 1-1 score on Sunday night in Turkey's Spor Toto Super Lig.

Neither team was able to score in the first half of the match played at Fenerbahçe's Şükrü Saraçoğlu stadium in Istanbul.

Fenerbahçe's Hasan Ali Kaldırım received a red card in the 45th minute and the home team finished the game with 10 men.

Galatasaray could not use this advantage to beat the home team to get closer to the top of the league.

Galatasaray scored the first goal with Henry Onyekuru's header in the 66th minute while Fenerbahçe's Eljif Elmas equalized the score in the 71st minute. The match ended 1-1.

With 56 points, Galatasaray is currently second and five points away from Turkey's Super Lig leader Medipol Başakşehir. While Fenerbahçe is in 14th position with 33 points.

Galatasaray has not been able to beat the Yellow Canaries in Fenerbahçe's stadium in the last 23 away matches for the past 19 years.

On Saturday, Beşiktaş defeated league leader Medipol Başakşehir 2-1. With the win, Beşiktaş raised its score to 53 and third in Turkey's Super Lig rankings.