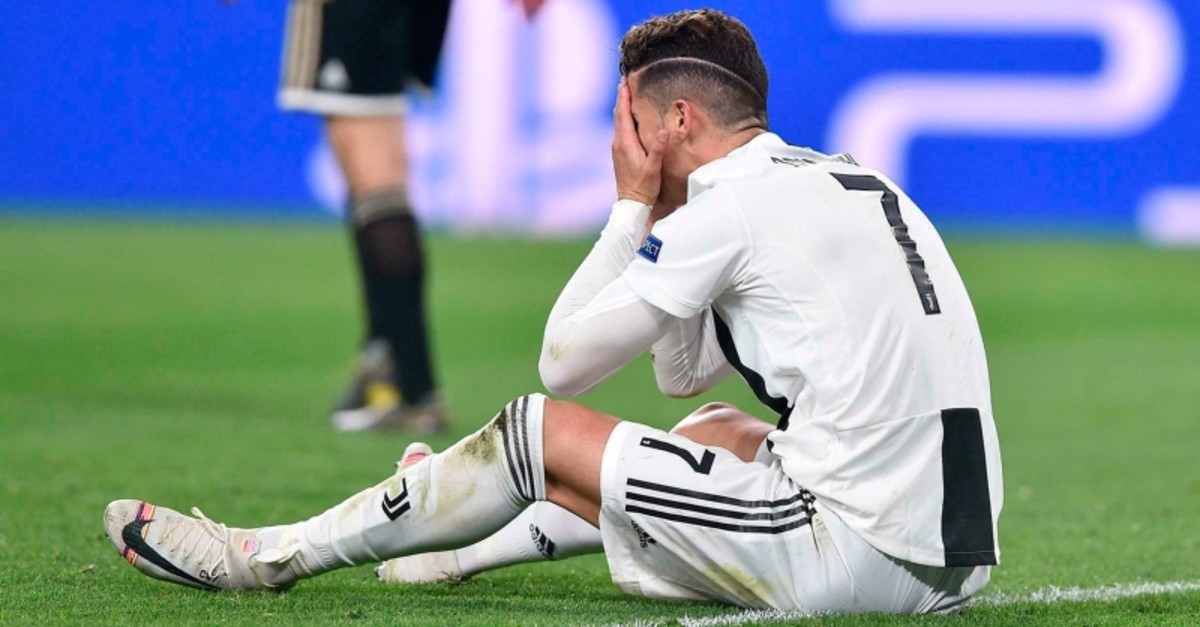 Juventus' Cristiano Ronaldo reacts during the Champions League, quarterfinal, second leg soccer match between Juventus and Ajax, at the Allianz stadium in Turin, Italy, Tuesday, April 16, 2019. (ANSA via AP)
by Compiled from Wire Services Apr 17, 2019 11:01 am

Juventus shares plunged nearly 21% in early trading Wednesday after the Italian giants were knocked out of the UEFA Champions League at the quarter-final stage by Dutch side Ajax.

Juventus shares skyrocketed more than 122% in the past 12 month driven by the transfer of Portugese star Cristiano Ronaldo and team sucesses on the pitch.

Juventus signed Ronaldo in the offseason in the hope of ending a 23-year wait for the Champions League but one goal from the Portugal star wasn't enough against the Dutch team, which erased a first-half deficit and largely dominated the final 45 minutes.