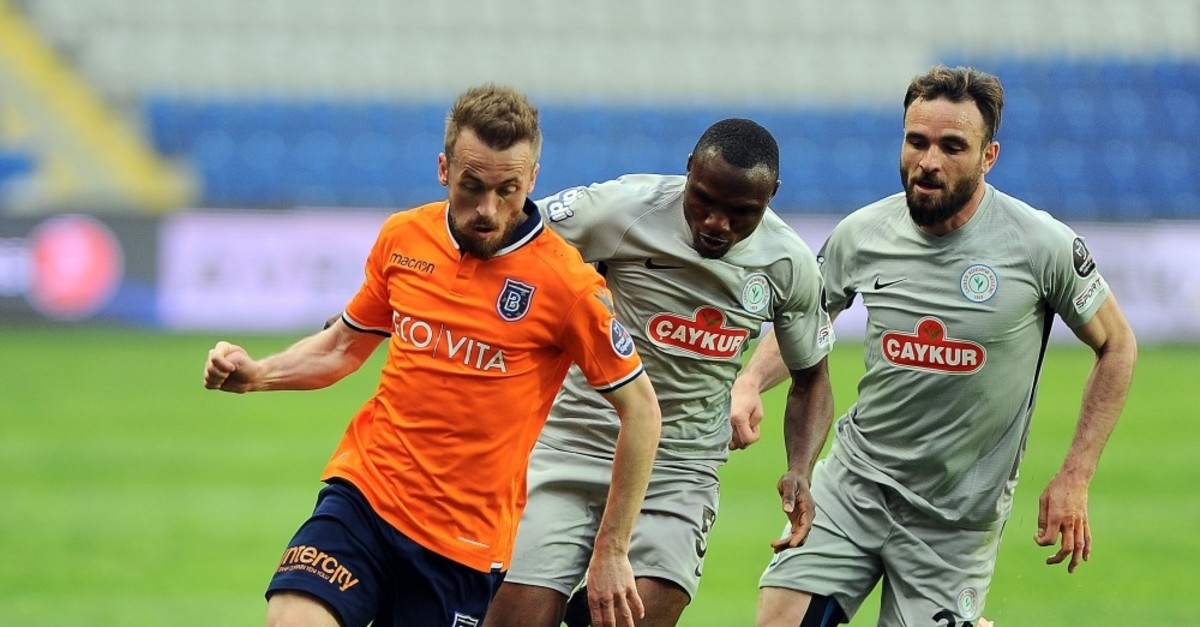 Underdog Medipol Başakşehir's lead at the top of the table is no longer a safe as holder Galatasaray breaths down its neck in the second place, with just a few weeks left before the end of the 2018-2019 Süper Lig season.

Game week 29 is all but over and all eyes are now on leader Medipol Başakşehir and second-placed Galatasaray. The Lions heat up the title race once again when it defeated Kayserispor 3-1, while Başakşehir barely avoided a defeat against lowly Çaykur Rizespor. A penalty, courtesy of a review by the video assistant referee, in the extra time, saved the league leader from a 1-0 defeat.

Galatasaray, however, managed to close the point gap with Başakşehir thanks to the draw. The Lions currently boast 59 points, just three behind Başakşehir and can reach the top if their winning streak continues and Başakşehir fails to secure more wins in the coming weeks. A win for Beşiktaş against Sivasspor would further heat up the race as the Black Eagles would also move into a touching distance of just six points. Following the win over Kayserispor at the weekend, Galatasaray coach Fatih Terim said it was a crucial victory and hoped the three points they won would go a long way in their title chase.

For Fenerbahçe, however, it is altogether a different story. Once among "big three" of Turkish football along with Galatasaray and Beşiktaş, Fenerbahçe is going through the worst season in club history. The Yellow Canaries lost three more points in a 1-0 loss against Alanyaspor, finishing Week 29 in 14th spot, slightly above the relegation zone. This was despite the fact Alanyaspor missed multiple opportunities to score more against the visitors. Fenerbahçe coach Ersun Yanal faced booing fans for the unexpected loss against Alanyaspor, just two weeks after securing a 1-1 draw against powerhouse Galatasaray. Fenerbahçe had few opportunities to score in Sunday's game and faced heavy criticism for an apparent lack of tactics and passion for the part of players. Yanal was brought in by the club for damage control after Fenerbahçe found itself in the drop zone and fired two Dutch coaches in the first half of the season. The Turkish coach has also failed to impress.