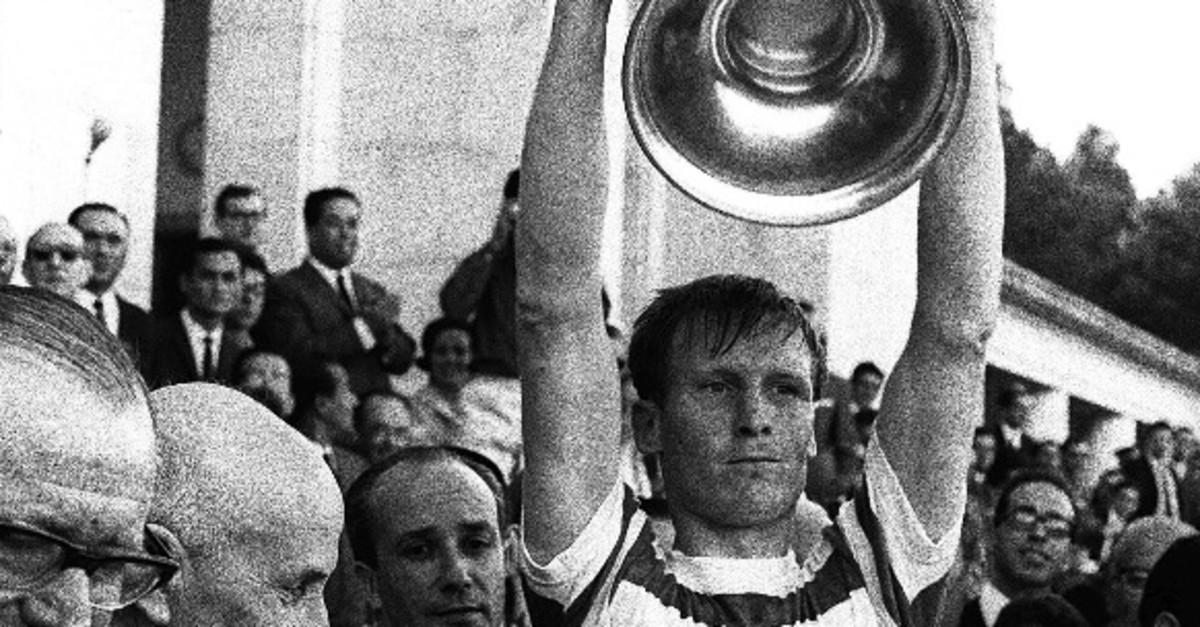 In this May 25, 1967 file photo Celtic soccer team captain Billy McNeill holds aloft the European Cup after it was presented by Portugal's President Americo Tomaz (L) in Lisbon, Portugal.
by Associated Press Apr 24, 2019 12:14 am

Billy McNeill, the captain of Glasgow soccer club Celtic when it became the first British team to win the European Cup in 1967, has died. He was 79.

McNeill died Monday, according to a family statement released Tuesday by the Scottish club.

"He suffered from dementia for a number of years and fought bravely to the end, showing the strength and fortitude he always has done throughout his life," the family said.

"When you think of Celtic and our incredible history, Billy McNeill is always one of the first names that comes to mind," Celtic manager Neil Lennon said. "He was our greatest ever captain and one of our greatest ever players, and along with his teammates, achieved historic things for Celtic in the 1960s and '70s."

McNeill also made 29 appearances for Scotland's national team. He retired in 1975 after winning his final trophy, the Scottish Cup.

A statue of McNeill holding the European Cup was erected outside Celtic Park in 2015.

"It's the perfect image of him, holding aloft the European Cup, and it will remind future generations of supporters of what a great Celtic man he was," Lennon said.

McNeill is survived by his wife of 55 years, Liz, and their children Susan, Paula, Libby, Carol and Martyn.