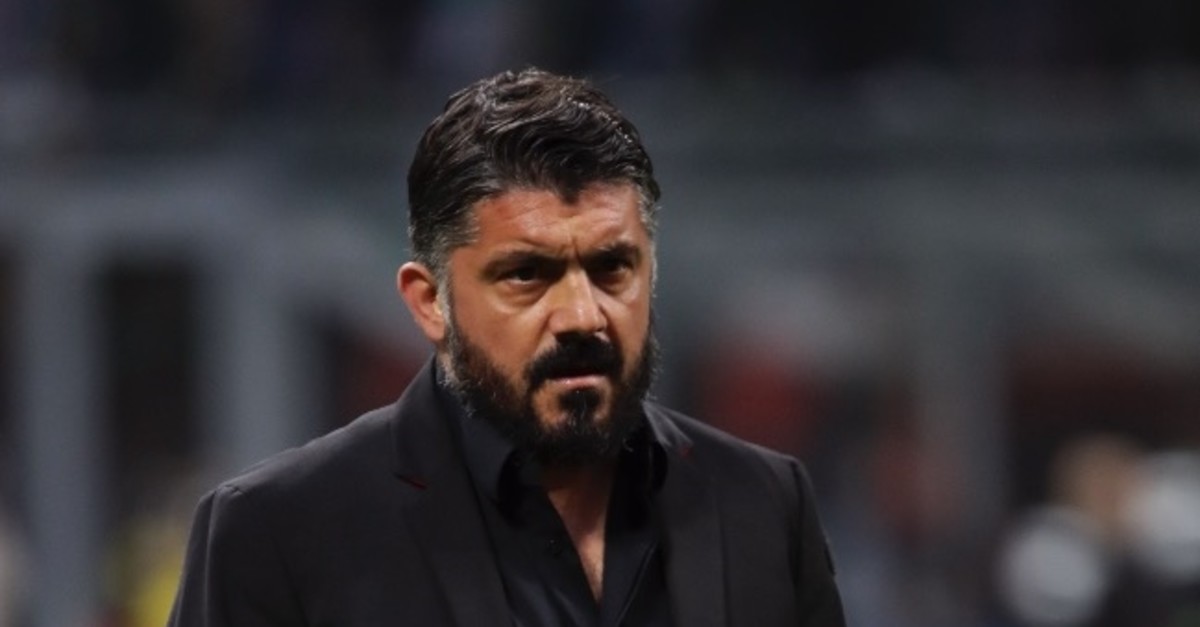 AC Milan is the sluggish leader in a close race to enter the coveted Champions League (CL), but things are also far from settled in the lower reaches of the Italian Serie A with just five games to go.

Juventus contemplates events after settling title matters last weekend, setting a record of eight successive triumphs but holding lukewarm celebrations following its Champions League elimination against Ajax. It is now in for a classic at Inter Milan on Saturday, with the Nerazzurri sitting third and poised to qualify for the elite European competition.

City rival Milan sits fourth five points adrift, filling the last available slot, albeit with four sides at its heels. The Rossoneri as struggled in recent outings, only winning one in six and lost 1-0 at home to Lazio on Wednesday to exit in the semifinals of the Italian Cup. "We suffered a heavy blow, we've disappointed our fans who turned up in great numbers," coach Gennaro Gattuso said. "Now, we must do well to regain our energy so that we can bring the fight to Torino, a team that brings lots of energy and physicality to the pitch."

Il Toro is three points behind the Milanese and sits seventh, aiming to at least grab one of two Europa League slots. In-form Atalanta won 2-1 at second-place Napoli last weekend and moved level on points with Milan, who drew 1-1 at Parma, but trail the Rossoneri on head-to-head encounters. The Bergamo side is off a run of five wins and three draws when it hosts troubled Udinese on Monday, four days after welcoming Fiorentina in the other cup semi.

Also eyeing a Champions League slot is Roma, lying one point behind Milan and Atalanta before hosting Cagliari on Saturday. Roma's city rivals Lazio is four points off fourth place and three adrift of the Europa League places, but could also enter the lower-grade tournament by winning the Italian Cup. The win in Milan restored their confidence after losing 2-1 at home to relegated Chievo last weekend, but a tough visit to mid-table Sampdoria, led by league top scorer Fabio Quagliarella, awaits them on Sunday. "The defeat against Chievo was bad for us, but it was not a normal game, give the dismissal of [Sergej] Milinkovic[-Savic]," the Milan match winner Joaquin Correa said. "In Genoa [against Samp] we will have to play as [against Milan], as a team, as we know we can."

Relegation is at issue Saturday between Bologna and their guests Empoli, who sit third-last in the three-team drop zone. The Bolognese are five points away from trouble alongside Genoa, who visit Spal on Sunday when second-bottom Frosinone welcome Napoli and tailenders Chievo hosts fairly safe Parma. Matchday 34 ends Monday with Atalanta vs. Udinese and Fiorentina vs. Sassuolo.