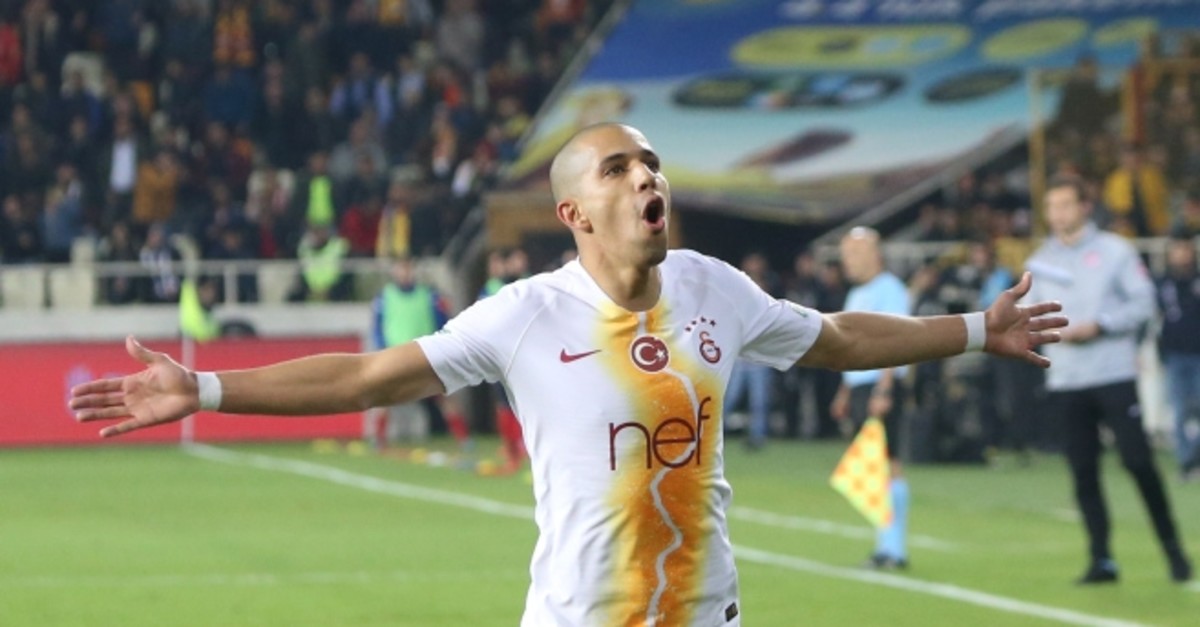 With only four weeks left before the end of the Süper Lig season, the narrowing point gap between leader Medipol Başakşehir and second-placed Galatasaray make game week 30 crucial in the title race

Süper Lig game week 30 opens today with league leader Medipol Başakşehir taking on minnows Göztepe, which is only three points above bottom of the league.

Göztepe is an easy rival for hosting Başakşehir, but the table topper needs as many points as it can fetch given its lead over its closest rival Galatasaray was reduced to just three last week.

The 2018-2019 season will end in just four weeks and the title may be slipping away from confident Başakşehir's hands if Galatasaray does not lose steam.

Başakşehir secured only one win in the last four matches and suffered a defeat, losing seven points. Göztepe fared much worse, with seven defeats and one draw in last eight matches. It is currently placed 17, just one place above bottom-dwellers Akhisarspor. Başakşehir has no problem in the offense but its defense is in dire shape in the absence of veteran Moldovan international Alexandru Epureanu, who was ruled out of the starting 11 due to injury. Coach Abdullah Avcı is expected to replace Ghanaian defender Joseph Attamah with Serdar Taşçı. Attamah had an impressive run until recently, when he was clearly at fault for two goals Başakşehir conceded to Fenerbahçe and Çaykur Rizespor. If its streak in the last four games continues, Göztepe may lose 1-0 to Başakşehir. This is the most optimistic bet for the team though, as its lineup remains in tatters. Eight players are out with injuries in Göztepe, which will rely on midfielders Alparslan Öztürk and Halil Akbunar. Both were did not feature in the lineup for the last two games following a quarrel with fans in the match against Akhisarspor.

Meanwhile, Galatasaray, which was held to a shock 1-1 draw by ailing Fenerbahçe, hopes to continue its title pursuit with the point gap narrowing thanks to a 3-1 win against Kayserispor and Başakşehir's 1-1 draw against Çaykur Rizespor in game week 29. The Lions will now look toward a streak of five wins and pray that Başakşehir stumbles, to clinch the top title once more. After Konyaspor, Galatasaray will square off against third-placed Beşiktaş.

Trabzonspor will travel to Istanbul for a tough game against Fenerbahçe. The Black Sea Storm trail Beşiktaş in Süper Lig with 56 points, while Fenerbahçe languishes in the 14th spot with 33 points. Still, Fenerbahçe boasts a record of invulnerability in home games as the recent draw against Galatasaray showed. Trabzonspor has failed to score a win in away games against Fenerbahçe for more than two decades. A win against Fenerbahçe will also bring one of the best streaks of wins in the past 15 seasons for Trabzonspor. It is currently enjoying a five-match winning streak.