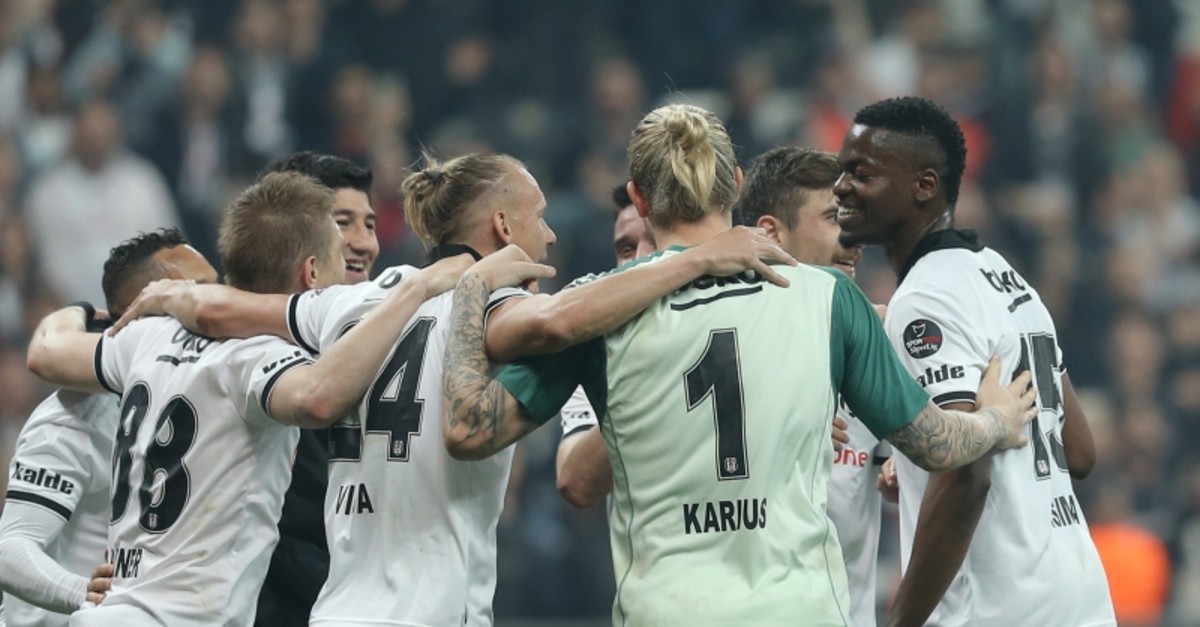 Beşiktaş striker Burak Yılmaz netted two goals -- including one from a penalty kick -- against Ankaragücü at Vodafone Park.

The other scorers for Beşiktaş were Croatian central defender Domagoj Vida and Serbian attacking midfielder Adem Ljajic as the black eagles eased past Ankara contenders.

Sunday's victors, Beşiktaş increased their points to 59 in the league currently led by another Istanbul team Medipol Başakşehir having 62 points in 30 league games, with only four games left to play.

In recent weeks, Beşiktaş has been in excellent form in the Super Lig, winning six consecutive matches.

With this home win, Beşiktaş boosted their morale before next weekend's derby against rivals Galatasaray.

Things getting hot on top spot

Super Lig's top three, leaders Medipol Başakşehir, Galatasaray and Beşiktaş, are in a tight race to claim the 2018-2019 league title.

Başakşehir was defeated by Göztepe 2-0 on Friday in the league, jeopardizing the top spot it has been holding for many weeks.

Galatasaray, meanwhile, has a great chance to take over the top spot as the team is only three points behind the leaders with 59 points.

If Galatasaray wins against Konyaspor on Monday evening, it will topple Başakşehir to grab top spot with only four weeks to go.

Beşiktaş, with 59 points, comes third on the league table.

City rivals to fight for win next weekend

Galatasaray will host Beşiktaş on its home turf, Turk Telekom Stadium, in the league's 31st week.

The showdown between these clubs will be held on Sunday, May 5.

Beşiktaş won against Galatasaray 1-0 in the first half of this season.