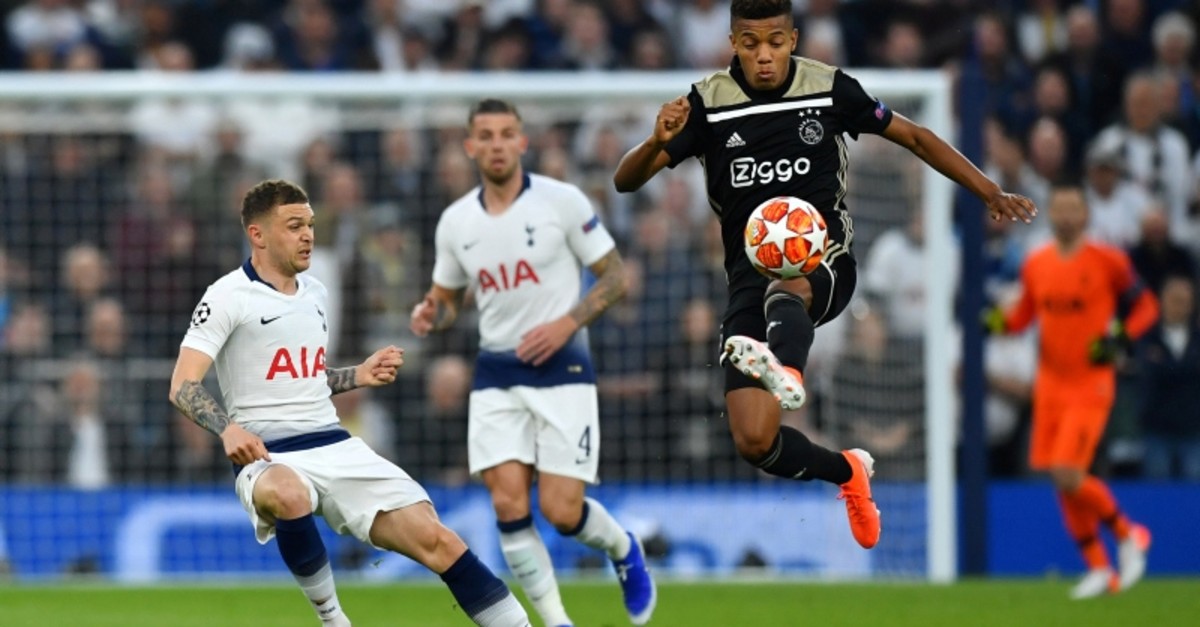 Ajax Amsterdam's Donny van de Beek grabbed an early goal to secure a precious 1-0 victory at Tottenham Hotspur in the first leg of their Champions League semifinal on Tuesday.

The 22-year-old struck in the 15th minute to give Ajax a crucial away goal and leave Spurs facing a daunting task in Amsterdam if they are to reach the final for the first time.

Ajax, having already knocked out Real Madrid and Juventus en route to their first semifinal in Europe's elite competition since 1997, were too pacey for a labouring home side, especially in a first half in which they could have put the tie to bed.

Tottenham improved after the break but Ajax defended their lead diligently to restrict the home attack and almost scored a second goal late on when David Neres hit the post.

Erik ten Hag's youthful Ajax side started the match full of energy and purpose with Spurs barely able to escape their own half as they spent the early stages chasing shadows.

Ajax showed just why they had taken the scalps of European giants Real and Juve in the previous two rounds as they sliced through Tottenham's laboring ranks almost at will.

The visitors needed only a quarter of an hour to go ahead as Hakim Ziyech's threaded pass found Van de Beek and the midfielder calmly placed his shot past goalkeeper Hugo Lloris.

There was a suspicion of offside but unlike in Tottenham's epic quarter-final win over Manchester City, when Raheem Sterling's stoppage-time goal was ruled out, VAR could not save the London side this time as the Ajax fans celebrated.

Van de Beek should have made it 2-0 from Dusan Tadic's pass as Ajax dominated and when Spurs defender Jan Vertonghen was replaced by Moussa Sissoko after a clash of heads with team mate and fellow former Ajax player Toby Alderweireld, it seemed nothing was going right for the hosts.

The introduction of midfield powerhouse Sissoko, deemed not fit enough to start, injected some much-needed energy into Tottenham and he fizzed a shot wide from Llorente's knockdown just before halftime.

Spurs pushed on at the start of the second half and finally began to test the Ajax defense by applying some sustained pressure, with the crowd packed into the stadium responding by raising the decibel-level inside their new ground.

Dele Alli, on the periphery in the first half, volleyed straight at Ajax keeper Andre Onana, then headed over the bar.

Christian Eriksen, yet another former Ajax player in Tottenham's ranks, then played in the overlapping Danny Rose but the left back's shot was charged down.

Spurs were vulnerable to the counter however and Ajax came agonizingly close to doubling the lead, and leaving Tottenham with a near-impossible task in the second leg, when Tadic linked up with Neres whose side-footed shot rebounded off the post.

Considering the way Tottenham struggled at the start of the game, they will still travel with hope next week, especially with their prolific South Korean striker Son available again.