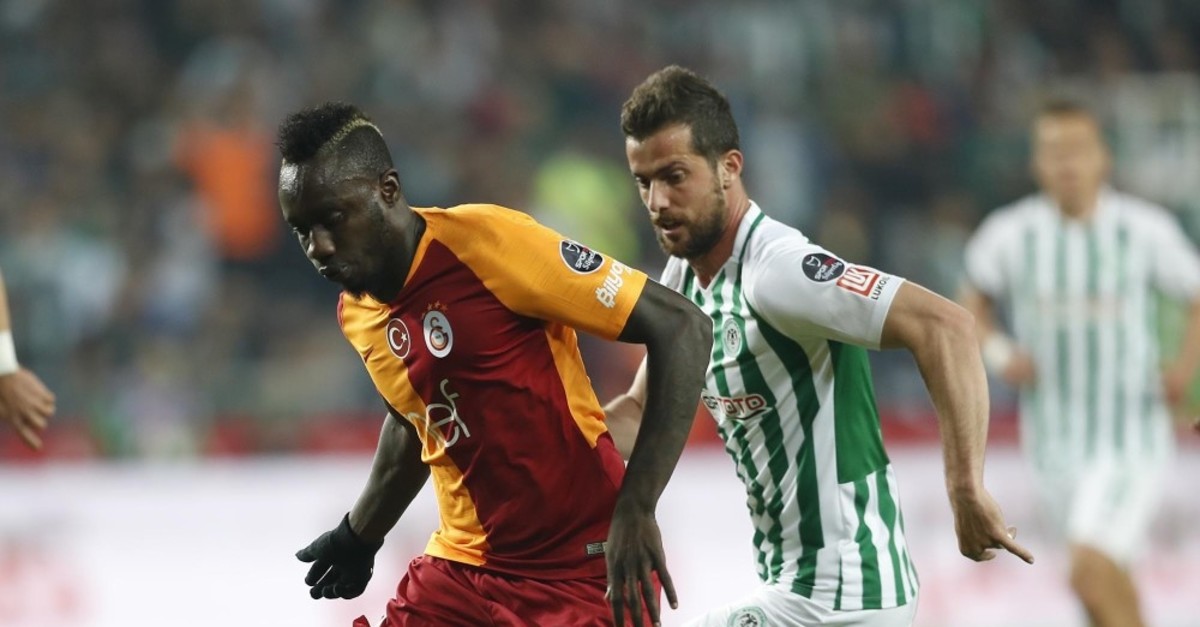 With the Süper Lig game week 30 coming to a close, the title race finds a new competitor in Beşiktaş after Galatasaray failed to dethrone Medipol Başakşehir, falling to a disappointing draw against Konyaspor

With just four weeks to go, the Süper Lig title race is heating up as the top three scramble to grab last-minute points. However, despite its recent shortcomings, dethroning Medipol Başakşehir from the top spot has proved to be a tough job. The Istanbul-based club, which evolved from a local municipality football club to a powerhouse to be reckoned with in a decade, finds itself closer to the title than ever.

Second-placed Galatasaray, meanwhile, stumbled on its way to the top with a 0-0 draw against Atiker Konyaspor in game week 30. The Lions had a great opportunity to draw level with Başakşehir at the top of the table with a win, but instead now has 60, two points behind Başakşehir.

Başakşehir, on the other hand, worried fans with an unexpected 2-0 home defeat to Göztepe, which is fast approaching relegation. The team had started out the second half of the season with high hopes and a solid lineup and rode a wave of success up until recent weeks. It lost 10 points with two defeats and two draws in the past five matches. This is the second time Başakşehir fared poorly in a streak of five games in the last five seasons and the last time they faltered was in the 2014-2015 season when they claimed their first spot in the Süper Lig after a long break.

Five points in the last five games may not be enough for such a promising team, which concluded the first half as the league leader. Coach Abdullah Avcı has not changed much in the team in terms of tactics and lineup recently but a 2-1 loss to Beşiktaş in Week 28 apparently spelled trouble for Başakşehir, which was followed by a 1-1 draw against Çaykur Rizespor and defeat to Göztepe. It wouldn't be so glaring for any other team but Başakşehir raised the bar very high early in the season with two separate unbeaten runs, 11 and 13 matches, respectively.

In the end, it was a week to remember for Beşiktaş. Overcoming the odds to recover from its ailing performance in the first half of 2018-2019 season, the Black Eagles defeated MKE Ankaragücü 4-1 in Week 30 and reached 59 points, trailing Galatasaray by one point only.

Beşiktaş will now engage in a decisive battle with Galatasaray in Week 31. The great derby between these two powerhouses of Turkish football on May 5 will be a turning point on the road to the title. Despite the conflict between players and the club board and the scheduled departure of veteran coach Şenol Güneş at the end of the season, the Eagles closed a gap of 13 points with leader Başakşehir six weeks ago to only three with a run of six wins.

Fenerbahçe, once a staple in the top three, wrapped up game week 30 with a 1-1 draw against Trabzonspor which clings to the top four behind Beşiktaş with 53 points. The Yellow Canaries, meanwhile, remain dangerously close to the relegation zone with only 34 points.

All things considered, Medipol Başakşehir still dominates the league and need to not lose or draw any games going into the final week. This week, it will square off against 12th-place Demir Grup Sivasspor. Its next match is against middling MKE Ankaragücü. Before the last game against Aytemiz Alanyaspor, the team will take on the most powerful rival: Galatasaray.