Galatasaray's Lions come roaring back to top of league 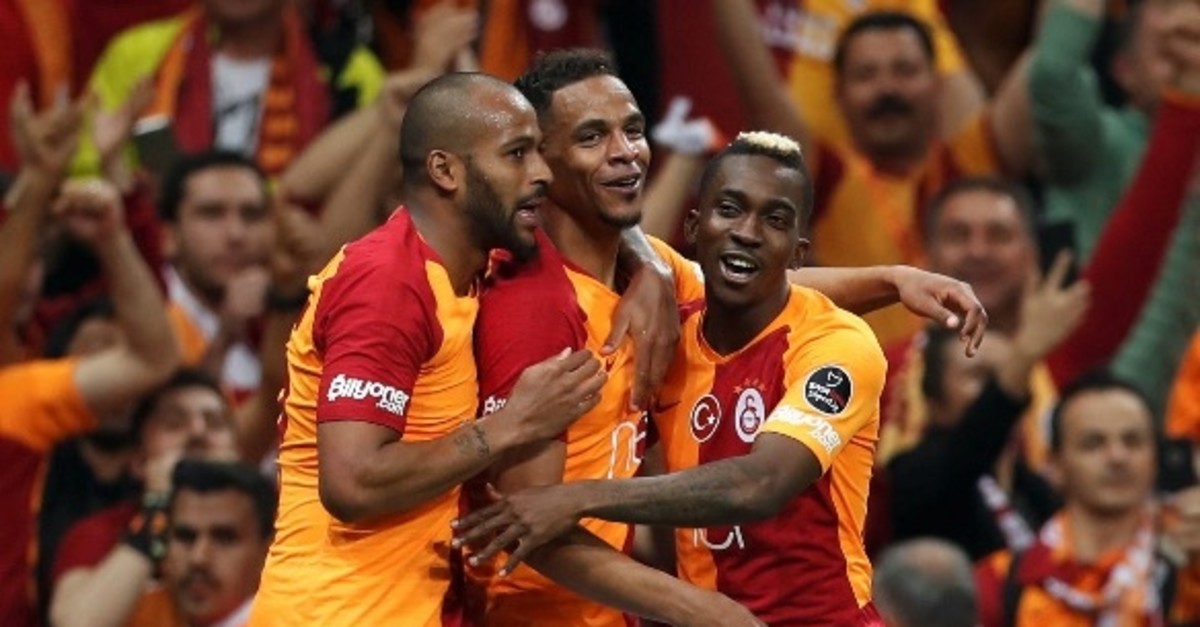 Galatasaray knocked out Beşiktaş 2-0 in week 31 of the Süper Lig, taking back the lead from Medipol Başakşehir after a long pause. The Lions equalized their points total with a slumping Başakşehir with three weeks to go before the end of the season

One of the most anticipated derbies of 2018-19 season in the Süper Lig concluded with a spectacular comeback from Galatasaray. The Lions handed a third-placed Beşiktaş a 2-0 defeat to close the gap with Medipol Başakşehir and claim first place again after almost a half-season. Three weeks to go before the closure of the season, Galatasaray and Medipol Başakşehir have both registered a total of 63 points. If Başakşehir keeps losing more points as evidenced in its two losses and two draws in the past four games, the title will fast slip away from the Istanbul-based outfit that has been clinging to the top spot for 21 weeks. Beşiktaş meanwhile tasted its first defeat in weeks and dropped four points behind in the title race.

Galatasaray now has the upper hand in the league though it still needs to be cautious while awaiting Başakşehir to falter more to ensure its second consecutive title in two years. The Lions also boast a level of invincibility as this was their 17th in a row game without a defeat.

Medipol Başakşehir, which surprised fans by sealing the first half of Süper Lig season as the leader, has ceased to be a powerhouse that it was. Despite a steady lineup and a workmanlike approach that brought them success in both home and away games, Başakşehir has rapidly lost points after peaking in week 25 when it was eight points ahead of Galatasaray.

Başakşehir ceded more points with a 0-0 draw with Demir Grup Sivasspor this week and will square off against Galatasaray in week 33 in a decisive battle at the end of the season.

The Lions have made it somewhat of a tradition to win the league title in all of the seasons where it took the lead in the last three weeks of season. Thus, barring an unforeseen disaster, it is safe to say that Galatasaray can win its eighth league title under coach Fatih Terim if Başakşehir does not recover from its bad run.

Galatasaray has also won top titles in three out of four seasons when it was runner-up three weeks before the end of the season. "We played how you should play against a team like Beşiktaş and got results," Galatasaray coach Fatih Terim said in a post-match conference in Istanbul on Sunday night. "We started out well but had trouble in ball possession but it was only for about 10 minutes and we had a higher rate of ball possession later. We had a rival playing for top title in Beşiktaş and they took risks. In the end, every risk they took was to our advantage. We had more opportunities to score but we failed. Still, I congratulate my players for three points tonight," he added.