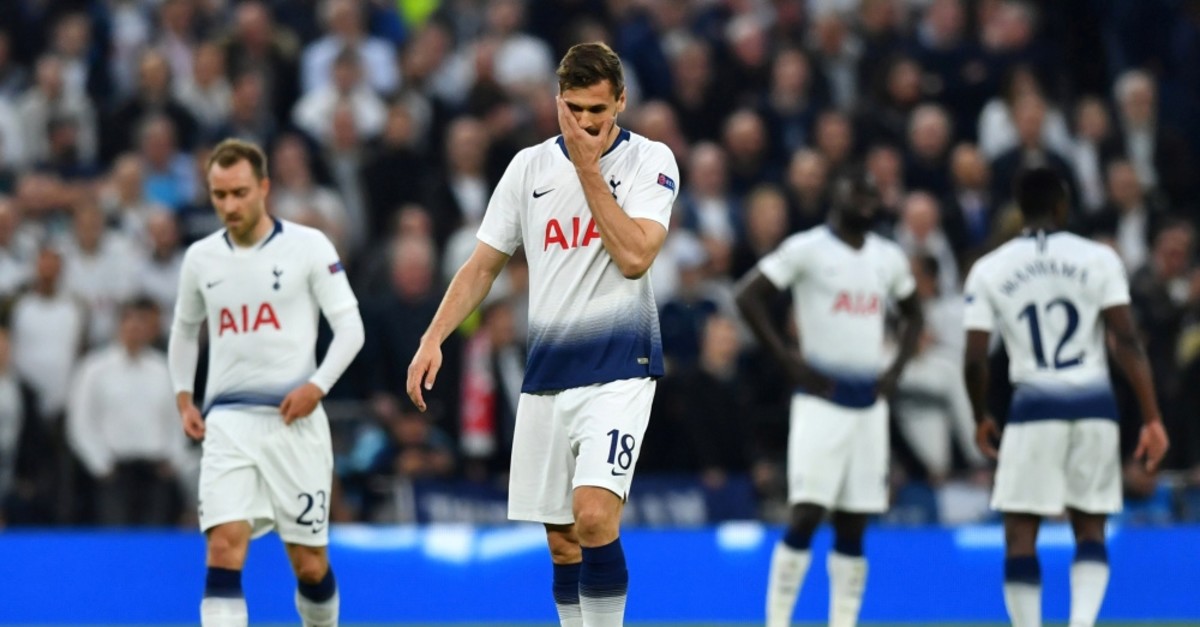 Ajax' latest young generation is one game away from reaching the Champions League final but is not getting carried away ahead what could be a once-in-a-lifetime experience for them.

The Dutch take a 1-0 semifinal lead over Tottenham Hotspur into today's home leg from an early goal by forward Donny van de Beek last week. "We have to stay focused like we have before, stay calm and play our own game," Van de Beek told the club website. But Erik ten Hag's Ajax also came under pressure in England, not quite as classy as when they ousted title holders Real Madrid in the last 16 and Juventus in the quarters, but at least showing some important defensive resilience.

"We played too many long balls. That is not our game and our quality," Van de Beek admitted as Ajax were unable to show the Total Football concept the club is so famous for and has seen them score a staggering 165 goals this season in all competitions. But he also knows that his treble-seeking team, which routed Willem II 4-0 on Sunday to win the Dutch Cup and tops the Eredivisie on goal difference over PSV Eindhoven, has plenty of quality.

"The focus is on what we are good at. We should not think too much and the stadium will be behind us. We all know we are very close to the final," he said.

Ajax is bidding to emulate Johan Cryuff's generation which won three straight titles in the elite event between 1971 and 1973, and that of the mid-1990s which lifted the trophy in 1995 and reached the final in 1996. And like the generation of two decades ago the current team could soon be falling apart - meaning that this season offers the last chance to achieve something big with the club, two years after they lost the Europa League final against Manchester United. Midfielder Frenkie de Jong (21) has already been snapped up by Barcelona from next season onward, defender Matthijs de Ligt (19) is believed to be heading to the Spanish champions as well, and there is also major transfer speculation around others including the 22-year-old van de Beek.

Lionel Messi's Barcelona or Liverpool would be the opponents in the June 1 final in Madrid's Wanda Metropolitano stadium but van de Beek has made it clear it is not time yet to think about which team they would prefer to face.

"It is 1-0, everything is possible. Therefore we are not looking ahead. It wouldn't do us good to be thinking about that," he said.