Dawn of a golden age for Süper Lig's Trabzonspor 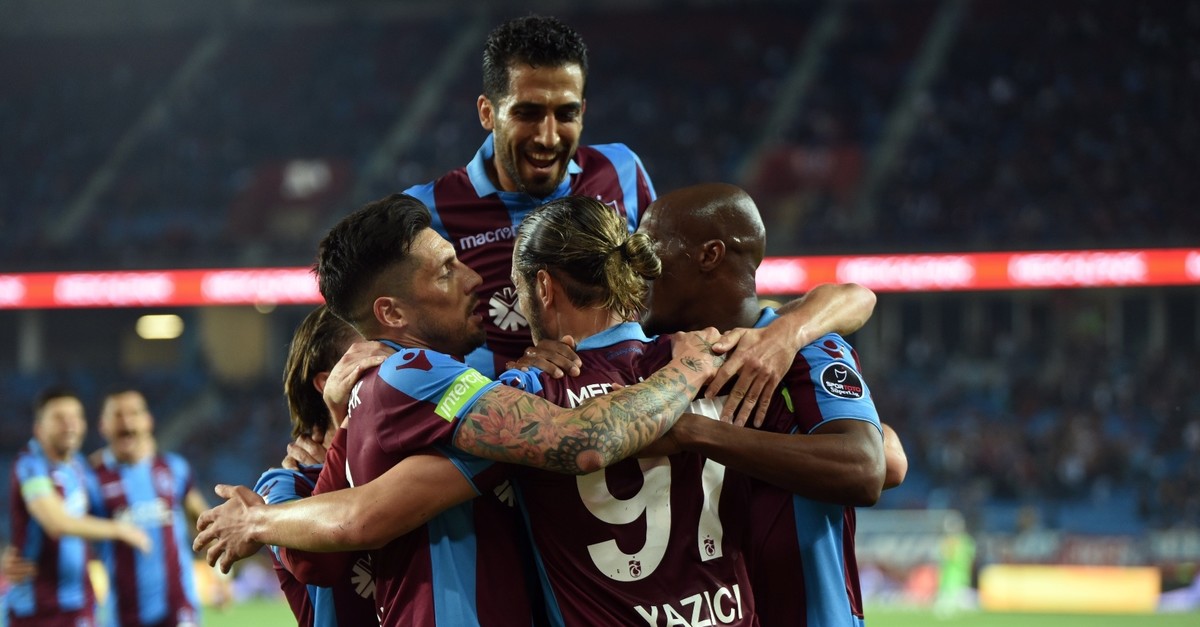 The Süper Lig's traditional underdog, Trabzonspor is going through one of its best seasons after securing a ticket to Europe and racking up the most points in eight years

Traditional Süper Lig underdog, Trabzonspor has once again found its feet, grabbing its first European campaign ticket in four years, courtesy of a 4-2 win over Kayserispor last week. With the win, the Black Sea side has also registered the most points since the 2010-11 season, when it racked up a record 82 points. With three more weeks to go this season, Trabzonspor has managed to secure 56 points so far, trailing behind Istanbul powerhouse Beşiktaş in the fourth spot.

Having a new home might have helped Trabzon in recovering from a free fall in the Süper Lig. This is their best season at Medical Park stadium since it was inaugurated in 2016. Out of the 16 games it hosted this season, Trabzon lost only three and secured 11 wins and two draws. With an average of 2.18 points per match this season, Trabzonspor is second only to Galatasaray in regards to performance at home.

The team has also proven itself to be prolific in its new stadium and this season, it reached an average of 2.31 goals per game. In the 16 matches it hosted, Trabzon scored a total of 37 goals.

The team's rising star Abdülkadir Ömür has also shone this season. The 20-year-old midfielder launched his career in the Trabzonspor youth team and is in the sights of Lille and Manchester United. Ömür scored four goals and was behind eight assists in 29 matches this season.

Though it relies on homegrown talents mostly, Trabzonspor also utilizes internationals fully and it was them behind the team's 39 goals this season. Colombia's Hugo Rodallega scored 13 while Nigerian international, Anthony Nwakaeme followed him with 10 goals. Ghanaian Caleb Ekuban scored another five while Filip Novak and Argentine Jose Sosa have scored four each. Nigerian footballer Ogenyi Onazi was behind two goals while Iran's Vahid Amiri scored one each for Trabzonspor.

Trabzon is fighting three Istanbul-based outfits for the top title but it feels closer than ever to the title, something that has eluded the club for years. Goalkeeper Uğurcan Çakır, who was promoted to the starting 11 this season after starting off the season as a second substitute, said he was sure they would finish the season as runner-up, a place currently occupied by Medipol Başakşehir. Speaking to the team's official magazine, Çakır linked Trabzon's rise to its young players. "The performance of young players helped the team to climb to the top. Personally, I like playing along with such young talents," the 23-year-old goalkeeper said. "We also have very good players in the youth team and I hope they'd be promoted to the main team soon." "I think we have a chance to finish the league in the second place as there is not much gap with teams above us. We made a good run this season and we will play against Beşiktaş in our own stadium. We want to finish the league in the best place we can rise to," Çakır added. "Playing in Europe is a different story but we want to represent our country best and I believe competing there will only add value to Trabzonspor. We have a good, core lineup this season and interaction are very well. With additional players next season, we can succeed in our goal of a championship."