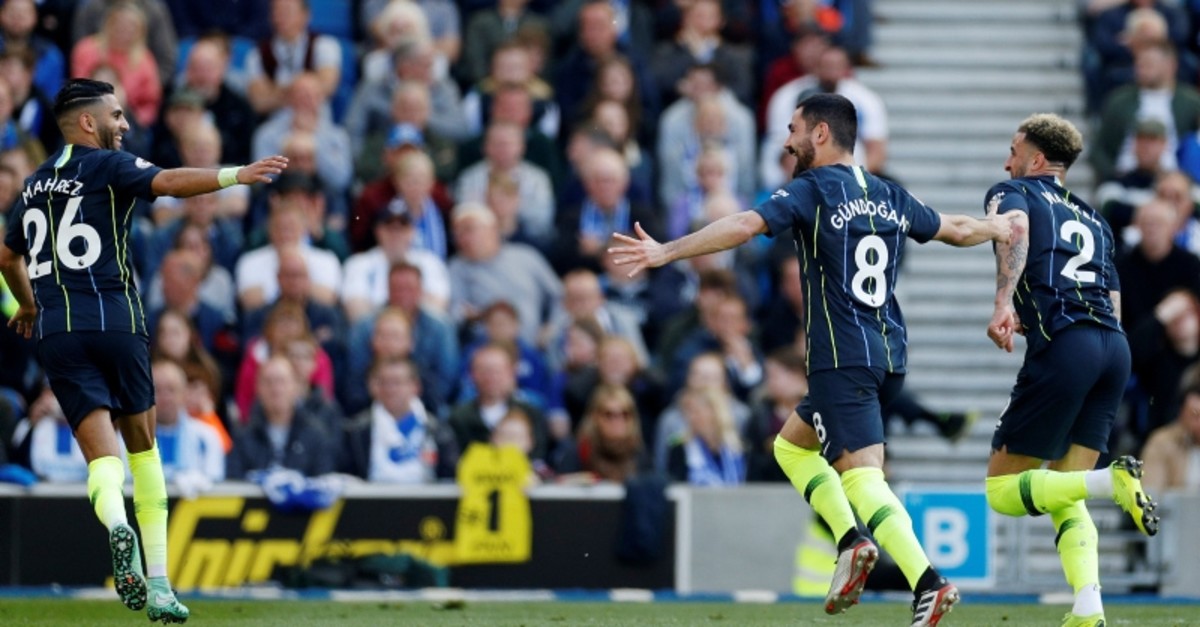 Manchester City held off a titanic challenge from Liverpool to become the first side in a decade to retain the Premier League title by coming from behind to beat Brighton 4-1 on Sunday.

City ended the season with 98 points, just two shy of last season's record-breaking 100, while Liverpool's 2-0 victory over Wolverhampton Wanderers saw them end on 97 -- by far the largest tally for a Premier League runners-up.

The quality and intensity of the title race was emphasized by City requiring a 14th successive league victory to finish a point above a Liverpool side chasing a first championship crown in 29 years as the top two finished with a record 195 points combined.

But during a 21-minute wobble in the first half City looked like throwing away a fourth title in eight seasons.

Sadio Mane put Liverpool in front against Wolverhampton in the 17th minute and a jittery City fell behind 10 minutes later at Brighton.

Even when Sergio Agüero leveled 83 seconds after Glenn Murray's header, City only moved back into top spot when Aymeric Laporte nodded in from Riyad Mahrez's corner in the 38th minute.

It turned out to be the goal that clinched the title.

But there were still nerves to be eased in the second half. Mahrez netted in the 63rd minute, a rare high point in his first season after joining City for record 60 million pound (then $80 million) signing in July.

Ilkay Gündoğan's majestic free kick made it 4-1 to put the icing on another glorious day for City who is the first club to retain the Premier League title for 10 years.

City became the first team since Manchester United in the 2007-08 season to retain the trophy, part of a hat trick of successes for Alex Ferguson's team.

With Ferguson long retired and United in freefall, City is the force not only in Manchester but English football after winning a fourth title in eight seasons.

Guardiola has now won eight league titles in his 10 seasons as a coach, stretching back to his debut campaign at Barcelona when he won a treble in 2009 and featuring successes at Bayern Munich.

City remains on course for an English treble, having already collected a League Cup and preparing for the FA Cup final against Watford on Saturday.