'The Emperor' strikes back: Terim breaks his own record 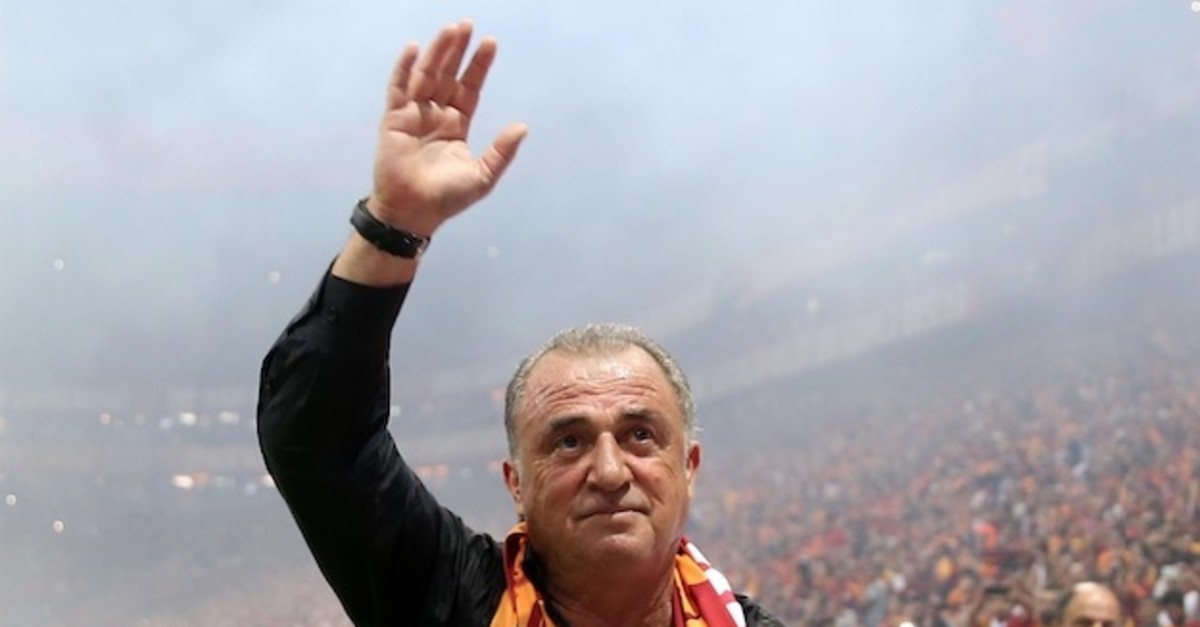 A 2-1 victory against Medipol Başakşehir brought the Süper Lig championship title to Galatasaray and Fatih Terim is primarily responsible for the honors.

The Lions celebrated Sunday's victory into the early hours of yesterday as "The Emperor" of Turkish football, Terim, added another record to his illustrious career with an eighth Süper Lig title, the most for any coach in the league.

As a bonus, this comes a few days after Galatasaray won the Turkish Cup, the third in Terim's career that made him the coach with the most Turkish Cups. Essentially, he also has the most "double" titles in one season currently. The veteran coach, who a spent majority of his career with Galatasaray apart from stints with the national team and Italy, was behind four consecutive Süper Lig titles for the Lions.

The journey started from the 1996-97 season where he kicked off his career as Galatasaray coach. He parted ways with the team later but impressed fans with a comeback by helping the team win the title in the 2011-12 season and then again the next season. A well-publicized brawl with a restaurant owner ended the 65-year-old coach's career as the national team coach but he made a triumphant return to Galatasaray in the second half of last season. He was able to lift Galatasaray to the championship within a few weeks at the time.

With 69 points, Galatasaray perched firmly on the top of the Süper Lig, easily dethroning Medipol Başakşehir who had surprised many by finishing the first half of 2018-19 season as the leaders. The Lions, which coincidentally won the league on May 19 (19/05 or 1905, the year the club was founded) celebrates their 22nd league title, the most in league history.

The league title demonstrates that Galatasaray, despite the challenges it faced throughout the season, is still the best among the three powerhouses of Turkish football - the two others being Fenerbahçe and Beşiktaş. Fenerbahçe fared worst, while Beşiktaş did relatively good this season but neither team managed to reach the win streaks that Galatasaray enjoyed.

VICTORY AFTER A TUMULTOUS SEASON

The 22nd title came at the end of a tumultuous season that started with concerns over the club's debts. Under UEFA Financial Fair Play rules, the Lions were unable to replace their stellar forward Bafetimbi Gomis with a player as skilled as him after the French international joined al-Hillal. Eren Derdiyok, Sinan Gümüş and Muğdat Çelik alternately filled the void early in the season but they failed to impress with their lack of goals and a string of injuries hurting their chances for more playing time. Injuries, as a matter of fact, troubled most of the team. Younes Belhanda, Gümüş, Derdiyok and Yuto Nagatomo missed four games while Fernando Reges, Serdar Aziz and Selçuk İnan missed three matches each because of lingering injuries in the first half of the season.

Nagatomo continued his unlucky streak with absences in six more matches in the second half because of injury. New transfer Emre Akbaba was forced out for more than four months after week seven when he got injured. He was also forced to stay away from the pitch with another serious injury in week 32, just as he was almost fully recovered, forcing him to sit out again. Additionally, with multiple bans on players, including a three-match ban over a red card for Younes Belhanda, a six-match ban for Ryan Donk, another five-match ban for Badou Ndiaye and a three-match ban for Garry Rodrigues, Galatasaray suffered heavily in terms of its starting 11. Fatih Terim, who was described as "hoodlum" by his critics at the time, was also not spared from the bans. Terim was absent for 10 matches after insulting the referee in a Fenerbahçe derby and his post-match remarks. His assistant Hasan Şaş, meanwhile, was involved in a brawl on the pitch during a match and was banned for eight matches. Lately, Galatasaray has also been embattled with a crisis in the club's board as dissidents of the administration of President Mustafa Cengiz, sought to oust him.