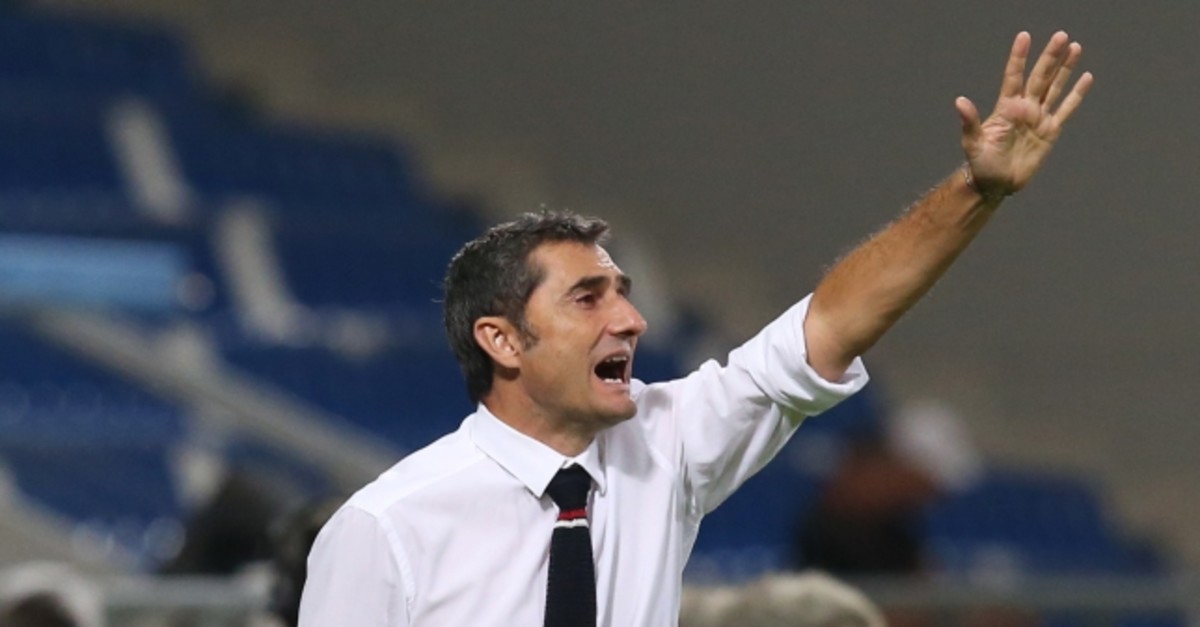 After a Champions League semi-final elimination by Liverpool, Barcelona have been in a state of sorrow. While a Copa del Rey win over Valencia will not heal the wounds, defeat could make Ernesto Valverde's (left) position untenable.

Barcelona face Valencia in the Copa del Rey final on Saturday knowing victory would be nice but defeat would spell disaster. The Catalans are looking to complete a domestic double after winning La Liga, but the club is in sorrow after their humiliating Champions League semi-final knock-out by Liverpool. Barcelona were desperate to win in Europe this season and without that trophy, they have been left feeling hollow.

Coach Ernesto Valverde's future has been called into question by fans and media, but President Josep Maria Bartomeu backed the coach publicly. However, defeat by Valencia at the Benito Villamarin in Seville could prove to be the tipping point for the coach. Reigning champions Barcelona are kings of the cup with a record 30 triumphs in the competition, and anything other than adding to that tally will be a failure. One Barcelona player who is yet to lift the trophy is Clement Lenglet, who played in last season's final for Sevilla as the Catalans crushed them 5-0 to win the cup for the fourth season running. "I'm really excited about the final and the chance to win it for the first time," said Lenglet. "I lost the last final I played in so I'd really like to do it this time and get to enjoy the moment. Last year we found it very hard to deal with the pace that Barca put into the game. We'll be looking to play a similar kind of game this year. These are not easy times either for the FC Barcelona players or fans after getting knocked out of the Champions League. We're hoping to get our game back in time for such an important match. It's the last game of the season, and we want to go off on our holidays on a high."

By contrast the mood in Valencia is markedly different, and Marcelino's side are aiming to win their first major trophy since they last won the cup in 2008, with a spring in their step. After a frantic climax to the league season where they snatched fourth place ahead of Getafe to seal qualification for next season's Champions League, the pressure is off for Valencia. Having accomplished their goal in La Liga, reached the Europa League semifinals and the Copa del Rey final, regardless of what happens against Barcelona Valencia's season will be classified a success. "It's normal for Barcelona to win, but in a one-off game we can do something," Valencia striker Kevin Gameiro told Radio Marca. "We've faced them twice in the league and haven't lost. We can hurt them; we're going to prepare to win on Saturday. In a final there is always pressure, I have played in a few, and the pressure is always felt. However, you have to not think about it and concentrate on performing."