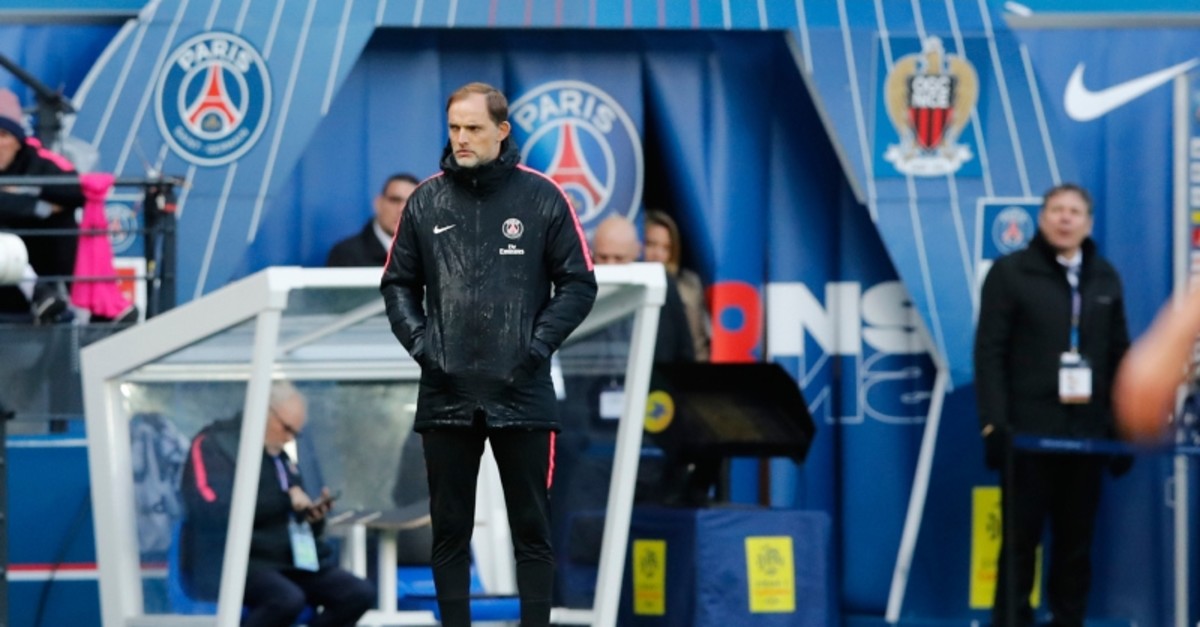 In this Saturday, May 4, 2019 file photo, PSG coach Thomas Tuchel watches his team during the French League One soccer match between Paris Saint-Germain and Nice at the Parc des Princes stadium in Paris, France. (AP Photo)
by Compiled from Wire Services
May 25, 2019 4:53 pm

Paris Saint-Germain coach Thomas Tuchel has extended his deal with the French Ligue 1 champions through to June 2021, the club announced on Saturday.

The 45-year-old German took over in June 2018 and despite winning Ligue 1 has come under scrutiny after the Parisian club's defeat to Manchester United in the Champions League last 16 and a disappointing second half of the season.

"I'm delighted to extend my contract and commitment to Paris Saint-Germain," Tuchel said.

"I'd like to thank the chairman and the whole club for their trust in me and my staff. This only reinforces my ambition to bring this team to the very top through hard work," he told the club website

"I'm also very touched by the backing of our supporters, and I'm sure that the best is yet to come for our club."

"For a year now, Thomas has been bringing fantastic energy to the daily life of the club, not only for the players, but for the whole of Paris Saint-Germain," the Qatari said.

"We are delighted to be able to rely on his qualities on a long-term basis."

Former Borussia Dortmund coach Tuchel was appointed last year on a two-year deal to succeed Unai Emery. He had been widely praised for his work at the Parc des Princes, making a brilliant start to the season by winning its first 14 league games. But another elimination from the Champions League in the first knockout round had raised questions.

PSG had been desperate to make progress in Europe after being knocked out of the Champions League last 16 in back-to-back seasons under Emery.

They looked on course to reach the quarter-finals after a 2-0 win away to United in the first leg, but a 3-1 home loss at the Parc des Princes knocked them out on away goals.

The nature of their defeat, especially coming two years after their capitulation against Barcelona at the same stage, has seen PSG widely labelled as bottlers, incapable of dealing with the tension on the big stage.

The club also failed to retain the two domestic cups. PSG lost at home in the League Cup quarterfinals to Guingamp — which was relegated to the second division — and lost the French Cup final to Rennes on penalty kicks despite leading 2-0 early on.

Friday's 3-1 loss away to Reims was PSG's fifth defeat in the league despite winning the title by 16 points.