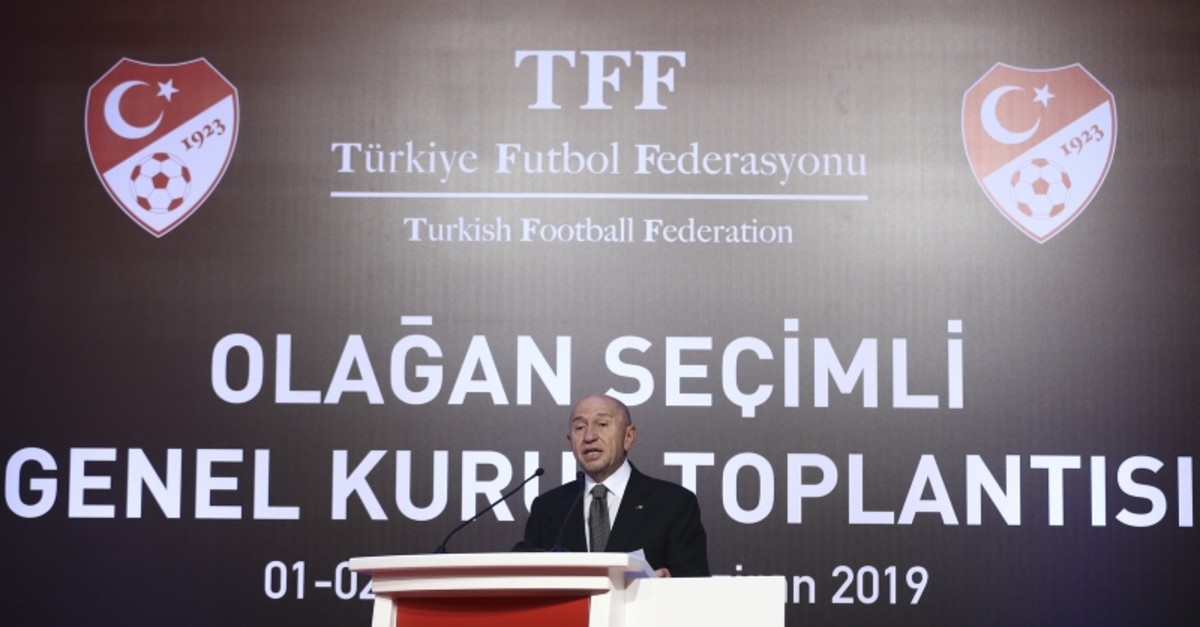 Businessman Nihat Özdemir, a longtime executive in Turkish Football Federation (TFF) and Istanbul giant Fenerbahçe, was elected Saturday to the post of president of Turkish football.

Özdemir was the only candidate running in the election conducted during the TFF's ordinary general assembly meeting held in Ankara as other figures failed to gather the support of 60 delegates required for nomination.

The post of TFF presidency was absent since Feb. 28 when Yıldırım Demirören, who held the post for seven years, resigned after a venture including his Demirören Holding won the tender to operate Turkey's only legal sports betting company Iddaa.

59-year-old Özdemir had served as TFF vice chairman since 2014. He long held the post of Fenerbahçe vice chairman and previously served in the administration of the capital's football club Ankaragücü. Ranked the 12th richest person in Turkey by Forbes magazine with $1.7 billion-worth of wealth, Özdemir is a founding partner and the honorary board chairman of Turkish conglomerate Limak Holding, a leading construction company also active in the cement, energy, infrastructure management, tourism, food and beverage and tourism sectors.

His management board list includes names like TFF Vice Chairman Servet Yardımcı, who is also a member of the UEFA Executive Committee and the chairman of the National Associations Committee. In addition to Yardımcı, four other names from the previous administration made it to the 14-member board.

Germany-born Turkish international midfielder Hamit Altıntop, who retired from professional football only a year ago after a fantastic career at clubs such as Schalke 04, Bayern Munich, Real Madrid and Galatasaray, is among the names Özdemir tapped for the board.

In his first speech after his election, Özdemir pledged to uphold justice and competence, and establish a "consortium" in matters involving the whole football scene. However, his administration faces a daunting task to take measures to improve the finances of debt-ridden Turkish clubs constantly depending on tax and debt breaks from the government, along with long-forgotten success on the international arena by clubs or the national team. Turkey has failed to grab a spot at the FIFA World Cup since 2002, and was eliminated at the group stage in UEFA Euro 2016.

The grim situation of the country's football scene was also voiced by Fenerbahçe Chairman Ali Koç, whose club was recently referred to the UEFA Disciplinary Board for failing to comply with financial fair play rules, and faces a transfer and European club participation ban. Koç, a member of Turkey's wealthiest family and vice board chairman of the country's leading conglomerate Koç Holding, told the general assembly that the span between the Turkish football scene with the rest of Europe is constantly growing.

"We have an old league [in terms of average player age], we have the oldest teams. We pay high salaries. Financial structures are apparent. We have exhausted our means. I don't how we will figure this out but our state will hopefully help us. After June, it won't matter much for us and Trabzonspor since the UEFA has set a deadline until the end of June," Koç said, referring to the debt caps set by the European football body.

Koç noted that in contrast, Turkey has the newest stadiums in Europe, and the federation's and clubs' financial means are beyond comparison than any of the leagues in Europe. He dubbed Özdemir's administration as the "last chance" to save Turkish football.