Fake reporter with brush apologizes to Turkey, says it was a joke 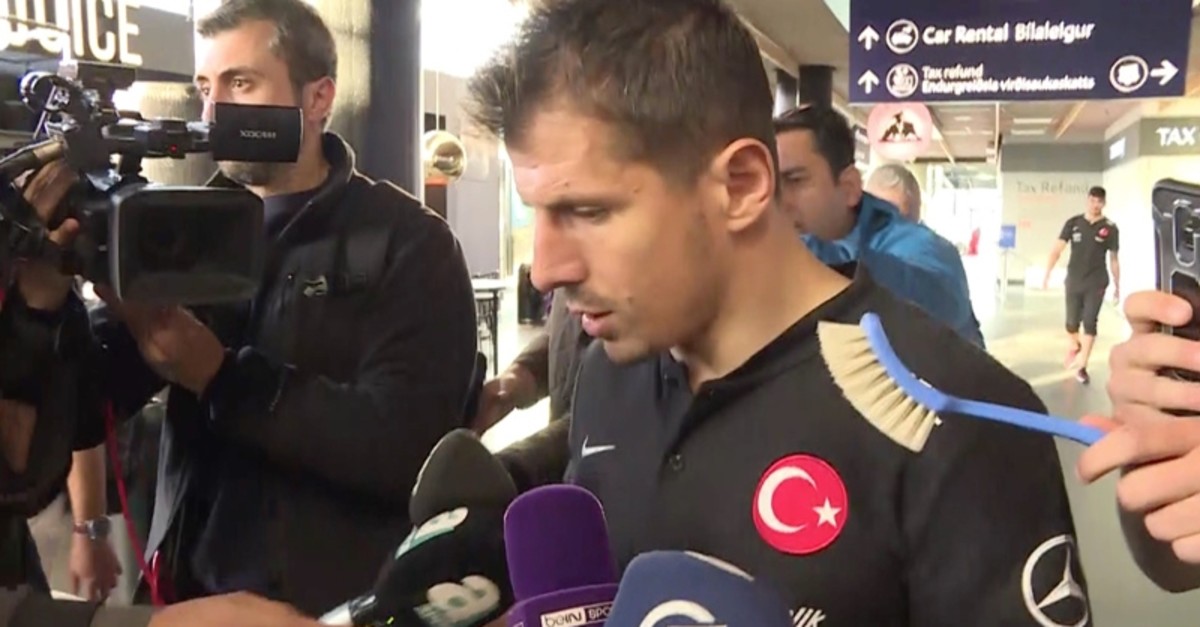 A Belgian man who held up a brush to Turkey's midfielder Emre Belözoğlu, imitating reporters talking to players at Reykjavik airport, apologized for his actions.

"My goal was to make a joke. It definitely wasn't an attempt to insult Turkey or racism," Siamang said, offering his apology and wearing a Turkish national team kit.

Images of Siamang holding a brush, which many identified as a toilet brush, up to Belözoğlu's face caused uproar on Turkish social media, as users branded the Belgian's actions as insulting and racist.

The incident took place as the Başakşehir midfielder was telling reporters about the poor treatment of the Turkish team upon their arrival at the Reykjavik airport on Sunday evening. Players were made to go through extremely thorough security searches that held them up for hours at the Keflavik Airport, in what the team called "insulting" treatment.