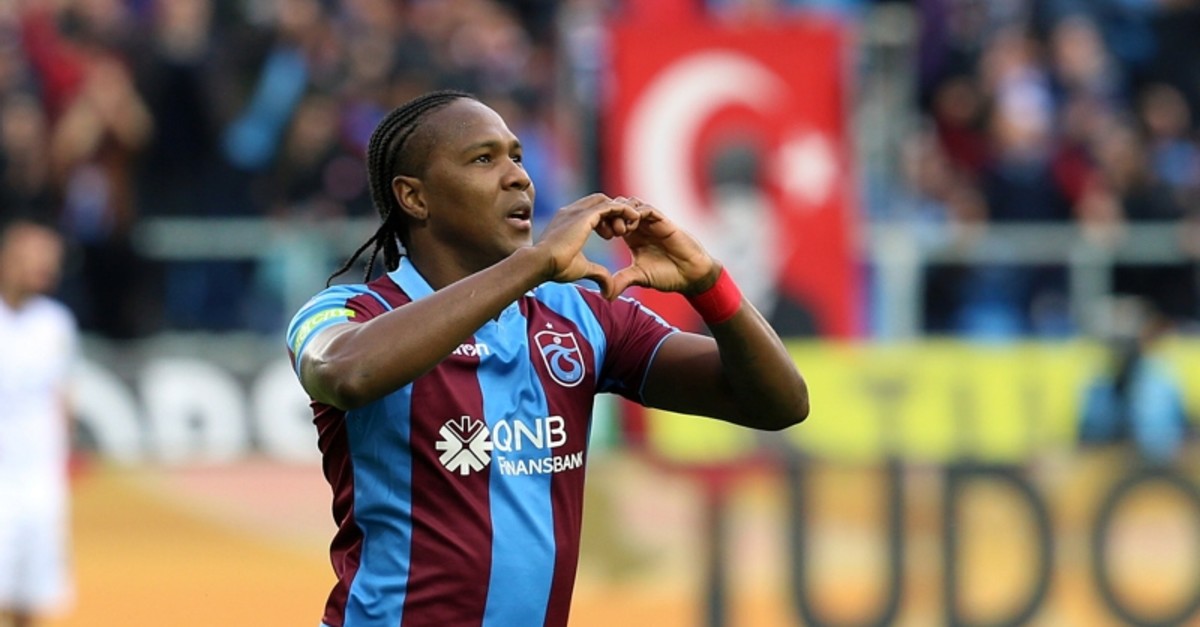 Teams are parting ways with players and scrambling to recruit new talents as the high season for transfers kicked off. Süper Lig clubs are currently focused on coaches with rumors in high gear in the media while European teams began reshaping their lineups

As teams go into summer recess, clubs have already started their hunt for new talents and weeding out unproductive players. From European leagues to Turkey's Süper Lig, new transfers are the talk of the town and so are rumors about internationals switching sides ahead of next season.

Fenerbahçe, which ended the Süper Lig season in sixth, is searching for a replacement for Slovak defender Martin Skrtel. The team has reportedly shortlisted Lazio's Romanian international Stefan Radu after Napoli did not express interest in Lazio's offer for Radu who has a contract until 2021 with the Serie A side. Radu donned Lazio's jersey for 28 matches last season and managed only one assist. The Yellow Canaries also reached a deal with Serbian midfielder Ljubomir Fejsa of Benfica, according to the Fotomaç newspaper. The 30-year-old player will reportedly sign a three-year deal with Fenerbahçe after parting ways with the Portuguese outfit he joined six seasons ago. The Canaries are also mulling another Serbian international for next season: Roma's 33-year-old defender Aleksandar Kolarov.

Meanwhile, Denizlispor, which was promoted to the Süper Lig this season, is looking to boost its ranks with Hugo Rodallega, the Colombian star of Trabzonspor who has so far failed to reach a deal with his current team for a new contract. Rodallega traveled to the team's hometown Denizli on Thursday and İhlas News Agency reported that the club offered him a two-year deal worth 1.1 million euros for each year. The 33-year-old was a key player for the Black Sea Storm this season, scoring 16 goals and three assists. Denizlispor, which renewed contracts with left-back Kerem Can Akyüz and goalkeeper Stachkowiak, is also interested in Kayserispor's Portuguese defender Tiago Lopes, media outlets reported. The club has shortlisted Cristian Sapunaru, another Kayseri player, according to reports.

As for European clubs, Real Madrid has already signed three players and spent 303 million euros in nine days for transfers. On Friday, the club announced 18-year-old Japanese international Takefusa Kubo as its latest transfer. FC Tokyo player will join Spanish outfit's B-team Real Madrid Castilla and reports in Spanish media say his transfer fee was 2 million euros. The club's website said he was "one of the most promising youngsters in world football. A technically gifted and hugely talented attacking midfielder, he possess wonderful vision, quick feet and has an eye for goal."

Kubo, who is no stranger to Spain after spending three years training in Barcelona's youth academy, made his national team debut last week and was included in Japan's Copa America lineup for this week's matches.

In the English Premier League, champion Manchester City is looking to bolster its left-back and central midfield positions. Media reports say that the club is interested in Juventus defender Joao Cancelo. A full-back and winger, the 25-year-old Portuguese international was a key contributor to Juventus' Serie A title run this season. City is also reportedly keen on signing Leicester's Harry Maguire, a player who is rumored to be shortlisted by Manchester United as well. Boca Juniors midfielder Agustin Almendra is also linked to Manchester City. Meanwhile, Aston Villa announced the signing of 22-year-old Brazilian Wesley Moraes of Club Brugge. The young forward shone this season with 17 goals.

In the German Bundesliga, Borussia Dortmund will likely make a move for Arsenal captain Laurent Koscielny as it vies to dethrone Bayern Munich next season. Koscielny has a contract with Arsenal until 2020.

Elsewhere, Paris Saint-Germain's Adrien Rabiot is quoted to be in talks with Juventus. Midfielder will be a free agent soon and was linked to Manchester United after a season on the bench with the French side.