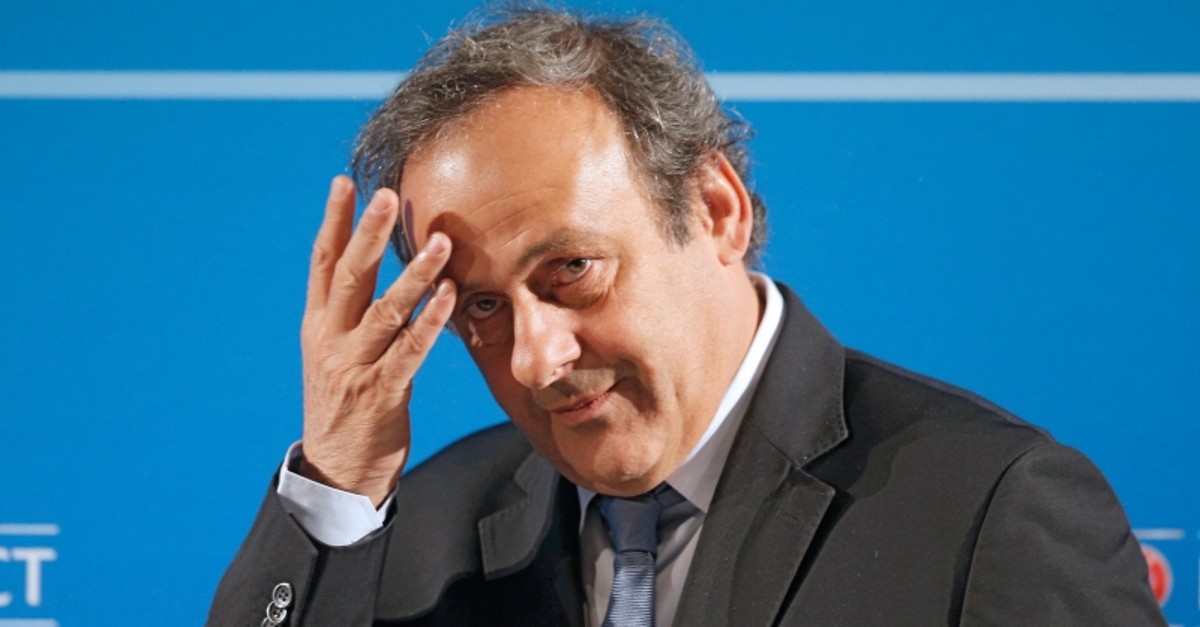 In this Feb.22, 2014 file photo, UEFA President Michel Platini arrives at a press conference, one day prior to the UEFA EURO 2016 qualifying draw in Nice, southeastern France. (AP Photo)
by Daily Sabah with Agencies Jun 18, 2019 11:27 am

Former UEFA President Michel Platini was detained in France on Tuesday for questioning amid an investigation into the awarding of the 2022 World Cup to Qatar.

Platini was taken into custody and taken to the premises of the Anti-Corruption Office of the Judicial Police (OCLCIFF), according to a report by the French investigative website Mediapart.​

Qatar was announced in December 2010 as the hosts of the biggest football event in 2022.

A report by U.S. independent investigator Michael Garcia unearthed an array of suspect financial dealings related to Qatar's bid to host the World Cup, many linked to Sandro Rosell, the ex-Barcelona president who served as a consultant for Qatar.

Platini, 63, led UEFA until 2015 when he was banned from football for four years for ethics violations including receiving a two-million Swiss francs (1.8 million euros, $2 million) payment from the disgraced former head of FIFA Sepp Blatter.

Platini, a triple Ballon d'Or winner, was expected to succeed Blatter as FIFA president in 2016 before his fall from grace. He has been battling to clear his name ever since.