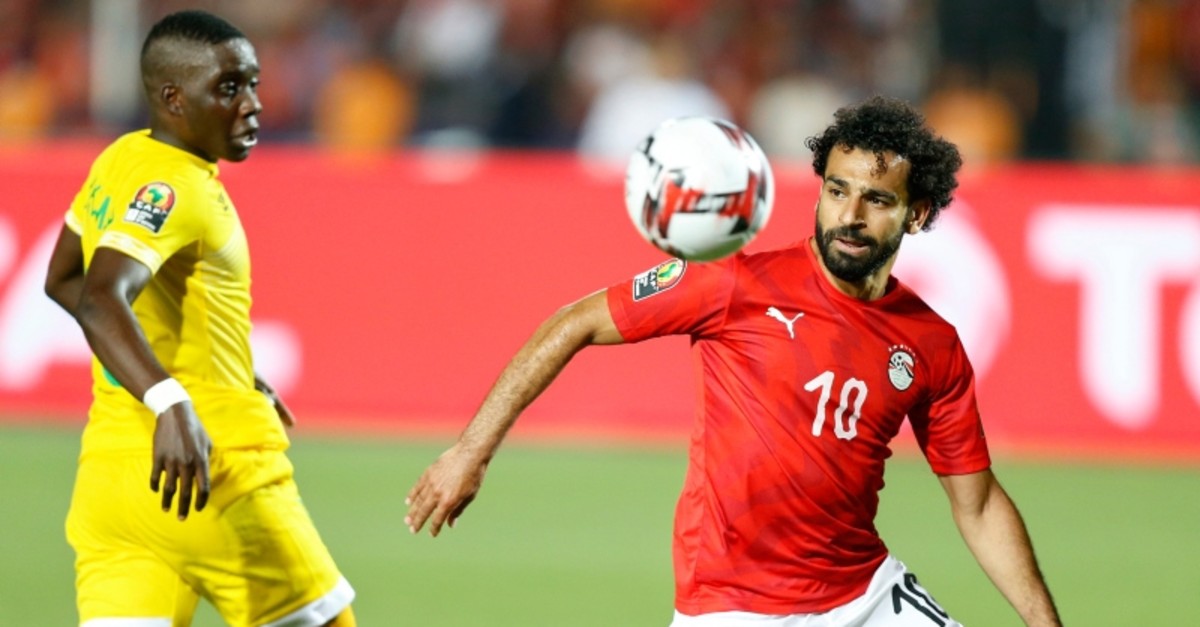 Egypt's Mohamed Salah runs with the ball during the group A football match between Egypt and Zimbabwe, the opening match of the Africa Cup of Nations at Cairo International Stadium in Cairo, Egypt, Friday, June 21, 2019. (AP Photo)
by Compiled from Wire Services Jun 22, 2019 1:45 am

Egypt has opened the African Cup of Nations by beating outsider Zimbabwe 1-0 in Cairo.

Trezeguet provided relief for the host nation on Friday with his goal just before halftime, when he weaved in from the left wing, played a one-two with Ayman Ashraf, and shot into the right corner of the net.

Trezeguet's finish overshadowed a return to Cairo for Champions League winner Mohamed Salah, whose every touch was loudly cheered but who had a frustrating evening as he could not convert his chances.

Salah had two good opportunities in the second half but was denied by goalkeeper Edmore Sibanda and then substitute goalkeeper Elvis Chipezeze.

A packed crowd of 70,000 — many of whom had queued from up to 12 hours before kick off to enter the stadium — ensured a heady atmosphere at the Cairo International Stadium.

Egypt won the last of its record seven African titles in 2010 and endured a lean spell before making it back to the final two years ago, when it lost to Cameroon.

The Democratic Republic of Congo and Uganda — the other two teams in Group A — will get their campaign underway on Saturday.