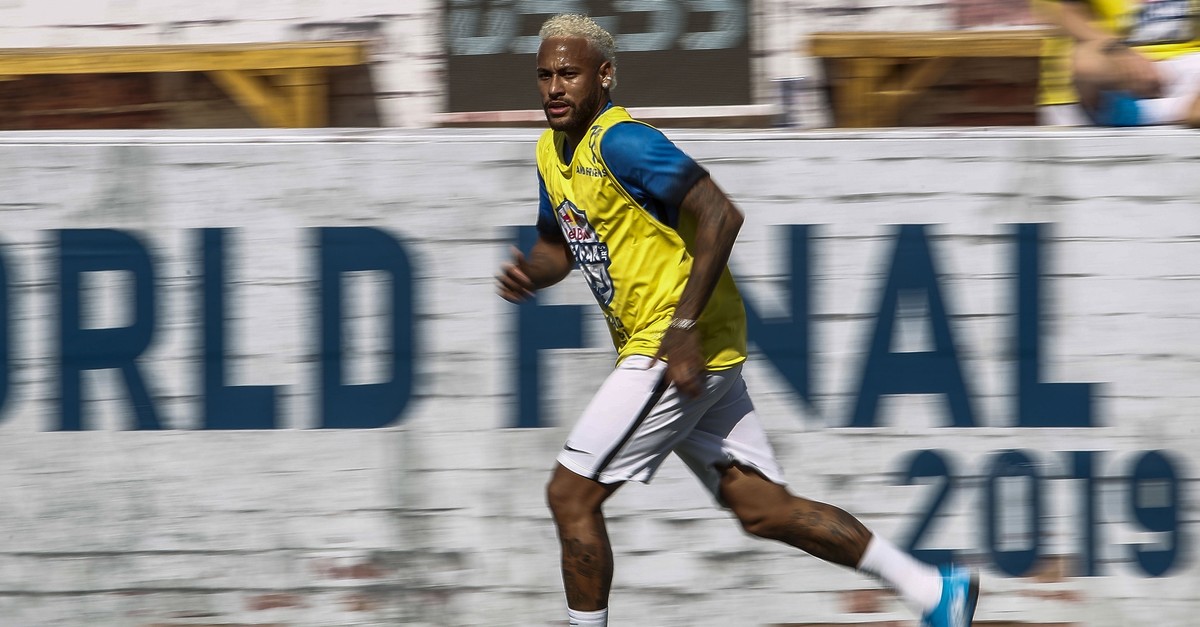 Neymar fired another shot in his battle with Paris Saint-Germain (PSG) after saying his favorite football memory is Barcelona's incredible 2017 comeback win over PSG, which Neymar helped inflict on his current club. Asked by online sports channel Oh My Goal about his best changing room memory, the world's most expensive player chose the aftermath of that win. "We all went crazy afterwards. I think it was the best possible feeling for all of us," the Brazilian star said in the interview, which was posted on Saturday. Neymar was speaking in Sao Paulo ahead of his belated return to the club today, after insisting last week that he had a prior agreement with PSG to stay in Brazil to help his foundation, the Neymar Institute.

His comments are set to further strain his relationship with the club. He wants out of the Parc des Princes and would prefer a return to Barca, but is struggling to find suitors due to the 222 million euros the capital splashed out to take him away from Barcelona two years ago. The chances of him rejoining the Catalan giants are further complicated by Antoine Griezmann's arrival from Atletico Madrid for 120 million euros (approximately $135 million).

When Neymar missed last Monday's first training session PSG issued a statement declaring they would take "appropriate action" against the star. Sporting director Leonardo has nevertheless said, "Neymar can leave PSG if there is an offer that suits everybody." Later Saturday, Neymar added fuel to the fire over a possible return to the Camp Nou, with an Instagram post. It was a 10-second video of himself in a Barcelona shirt, his father and a quote from the Bible: "No weapon turned against you will prosper."